There’s a lot to look forward to as we, #RiseUnited

Although disappointed with the cancellation of the 2020-21 Ontario Hockey League season, we understand the and respect the COVID-19 situation and will continue to put the safety of our players, staff and fans at the forefront. We are now able to shift our focus and preparation to the fall and the return of Sting Hockey in the 2021-22 OHL season.

We have continued to use the extended off season as a period of growth to better ourselves as a hockey team, organization and community pillar. Our focus is to create the best possible environment for success as to which we can best serve our players, staff, partners and the Sarnia-Lambton community. Establishing our organizational mission and set of core values  is big step in keeping each other accountable and guiding the decisions we make.

As we look ahead to a new season, we move forward with a united and revitalized group. We are excited about our young core of talent, including: Anaheim Ducks prospect Jacob Perreault, 2021 NHL Draft eligible and Team Canada netminder Benjamin Gaudreau as well as our most recent 3rd overall pick Max Namestnikov. We are confident as we continue to put  together our group, combining talent and high-end character.

Additionally, our club  continues to place high priority on our fans and corporate partners. Each year we add new elements to the Sarnia Sting game experience that we hope builds upon the entertainment value of OHL hockey in Sarnia. Our games  are a place for community, fun and leadership for our youth, We appreciate all of the continued support and encouragement we have received during these times and patiently await a full 2021-22 season schedule to share with you.

These have certainly been tough times for many, however there is a light at the end of this tunnel and together we will return stronger.

We will rise and we will….

What you can look forward to. 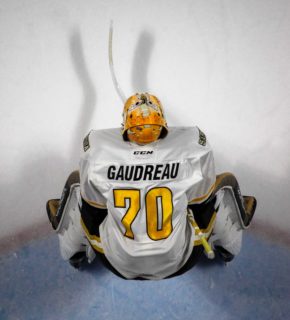 One of three goaltenders on the Canadian roster, Ben Gaudreau looks to build off a busy rookie season with the Sarnia Sting in 2019-20. The 18-year-old will try and backstop Canada to its first World Under-18 Hockey Championship medal since 2015.

LOTS OF RUBBER
Despite being just 16-years-old, Gaudreau saw his share of competition in the Sting crease during his rookie season, facing approximately 39 shots per 60 minutes of play. He dazzled in his OHL debut with a 49-save win in Barrie on Oct. 17th, made 44 saves as the Sting beat the Erie Otters on Dec. 8th, had another 40+ save performance in a 4-3 shootout win over the Hamilton Bulldogs on Jan. 11th and made a season-high 60 saves in a 5-4 overtime loss to the Windsor Spitfires on Feb. 7th.

NORTHERN TALENT
Gaudreau hails from Corbeil, Ont., a community just southeast of North Bay. He follows in the footsteps of another North Bay netminding name in former Memorial Cup champion Ken Appleby who set an Oshawa Generals franchise record with a 2.04 goals-against average during the 2014-15 season. Now 26, Appleby has spent the 2020-21 season with the AHL’s Bridgeport Sound Tigers. For his part, Gaudreau was a Great North Midget League champion in after winning silver with Team Ontario at the Canada Winter Games.

Gaudreau and 12 other OHL players will hit the ice in Plano and Frisco, Texas on April 27th when Canada opens its tournament schedule against Sweden.

For the first time since the implementation of the annual Priority Selection online in 2001, the event will be held over the course of two days, with Rounds 1-3 being held on Friday, June 4 beginning at 7:00pm. Rounds 4-15 will take place on Saturday, June 5 beginning at 9:00am. 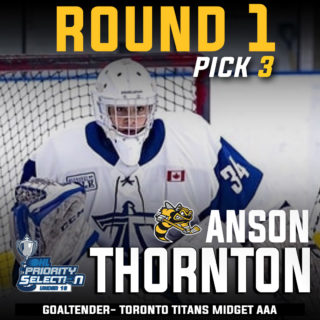 Thornton, a Maple, ON native was selected 3rd overall in the 2020 Under 18 Priority Selection held this past April. The 6’00” keeper spent this past season with the Toronto Titans Midget AAA program. 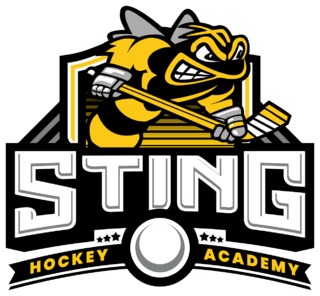 Sarnia, Ontario:  The Sarnia Sting Hockey Club is proud to announce the launch of the Sarnia Sting Hockey Academy. A program that focuses on the grass-roots growth of the game in Sarnia-Lambton. The program aims to use the Sting platform to assist in providing everyone in the Sarnia-Lambton community, regardless of age, experience, and skill level an opportunity to play and develop in the game of hockey.

Sting General Manager Dylan Seca sees it as the duty of the organization to take the lead on projects like this.

“As leaders in our hockey community it is our responsibility to use our platform to positively promote hockey opportunity and development in our community. No matter your age, gender, background, financial situation, or skill level we want everyone in Sarnia-Lambton to have an opportunity to share and enjoy this game in some way, shape or form.” Comments the Sarnia Sting General Manager.

“Additionally, we are excited to expand the work with our current local associations to provide additional support to their current programs as well as create new development initiatives, which we hope can help young athletes in our community reach their full potential.” Adds Seca.