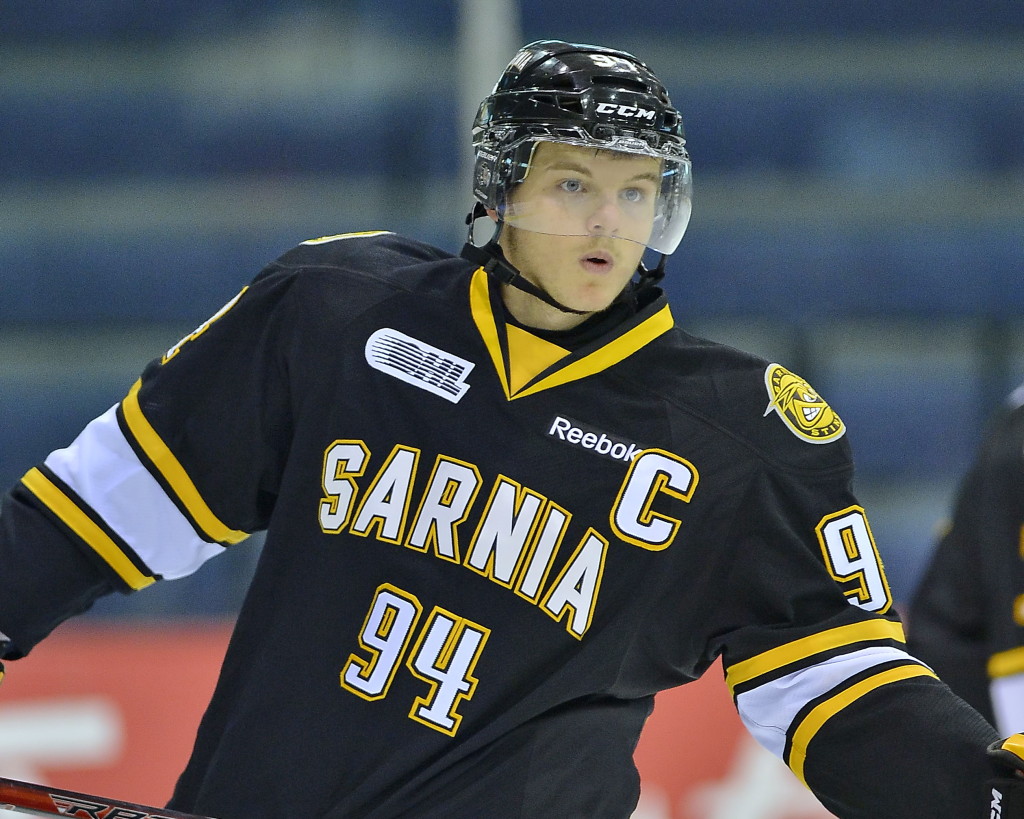 Toronto, ON – The Canadian Hockey League today announced that Montreal Canadiens prospect Alex Galchenyuk of the Sarnia Sting is the CHL Player of the Week for the week ending December 16 after scoring five goals and three assists for eight points in two games with a plus-minus rating of plus-6.

Galchenyuk’s week was highlighted by a five-point performance on Saturday night as first star of a 7-4 win over the Kingston Frontenacs where he picked up his third career hat-trick scoring one shorthanded along with two assists.  One day earlier, Galchenyuk claimed second star honours with two goals and one assist in a 4-2 win over the Guelph Storm on Friday night.

Galchenyuk, an 18-year-old from Milwaukee, Wisconsin, is playing in his third OHL season with the Sting after being the top pick in the 2010 OHL Priority Selection.  Selected third overall by the Montreal Canadiens in the 2012 NHL Draft, Galchenyuk is second in OHL scoring with 61 points in 33 games.  He is currently attending Team USA’s National Junior Team Selection Camp for the upcoming World Junior Championship in Ufa, Russia.

Also considered for the award this week was former winner and QMJHL top scorer Josh Currie of the PEI Rocket who scored three goals and six assists for nine points in three games with an impressive plus-minus rating of plus-10.  In the WHL, Josh Nicholls of the Saskatoon Blades was also considered for scoring three goals and five assists for eight points in four games.