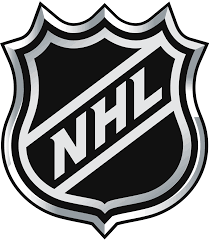 The Sarnia Sting Hockey Club has had a tremendous record of developing players for National Hockey League success.

Most recently, the Sting have seen two members of their current roster drafted in the last NHL draft. Both Jamieson Rees and Eric Hjorth were selected in the 2019 NHL Entry Draft.

Since the club’s founding ahead of the 1994-1995 OHL season, the Sting are proud to have had sixteen alumni who were selected in the first round of National Hockey League drafts.

Sarnia has had two alumni chosen as first-overall NHL draft picks. Steven Stamkos went first to the Tampa Bay Lightning in 2008, and Nail Yakupov was selected first by the Edmonton Oilers in 2012.

The Sting are proud to have played a role in developing such talent, and look forward to welcoming many more players and their families in the years to come.

*Indicates the player was drafted while with an organization outside the Sarnia Sting Hockey Club.

*Indicates the player was drafted while with an organization outside the Sarnia Sting Hockey Club.