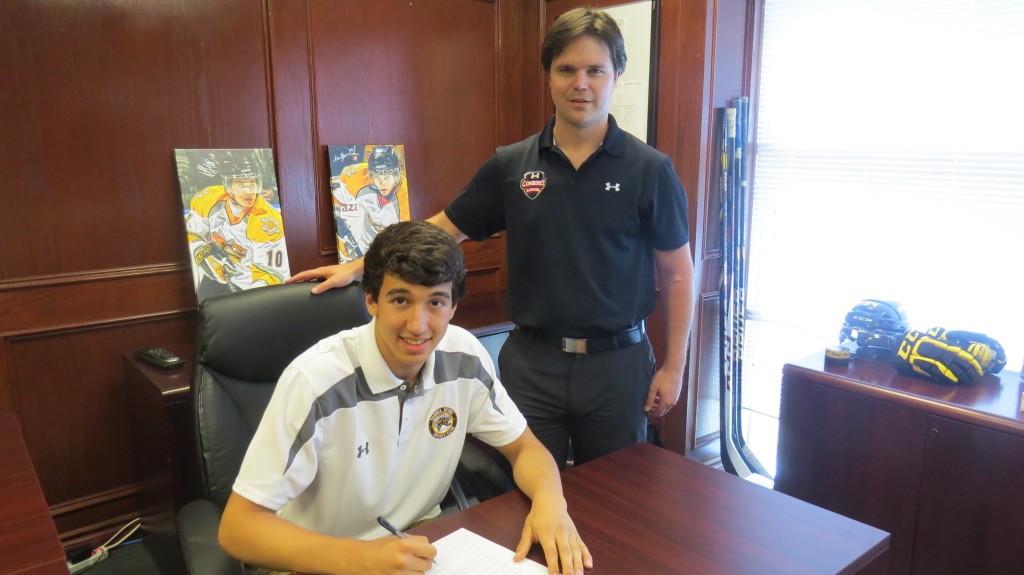 General Manager, Nick Sinclair, is pleased to announce that second round pick, Jordan Kyrou has agreed to terms on a standard player agreement and education package with the Sarnia Sting Hockey Club.

Selected 38th overall by the Sting in the 2014 OHL Priority Selection, Kyrou is a 6’0, 165 lb. centreman who recorded 19 goals and 21 assists, for 40 points in 33 games with the Mississauga Senators last season. Kyrou picked up 2 assists in 5 OHL Gold Cup games in May and helped his team to a silver medal finish in the tournament.

Sinclair comments on the Sting’s most recent signing. “We are very happy to formally welcome Jordan and his family to the Sarnia Sting Hockey Club.  Jordan is a very skilled player whom we feel has a very bright future in our league and beyond.   He will now have the opportunity to further develop his skills to work towards his goal of playing professional hockey but also have the assurance of a guaranteed education package to further himself off the ice.”

After a strong first impression at Orientation Camp in June, Kyrou is excited to be making this commitment to the Sarnia Sting. “It is a very exciting day for myself and my entire family.  It has been my dream to play in the Ontario Hockey League.  I am very excited to join my teammates at training camp and to develop my game to ultimately help this organization win hockey games.  I want to thank the entire Sarnia Sting organization for this opportunity.”

Kyrou, Chychrun and several other members of the 2014 Draft class will be welcomed back for Training Camp later this summer. The complete Training Camp schedule will be announced next Tuesday, July 15th. 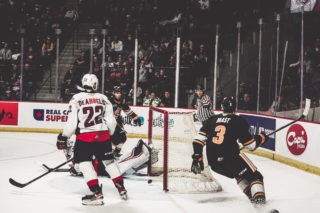 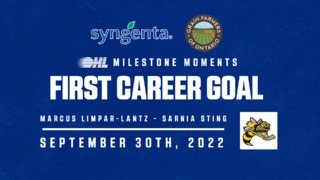 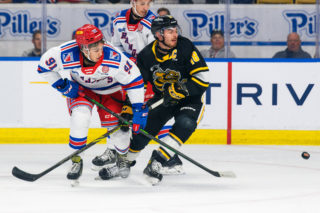 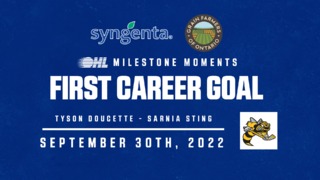 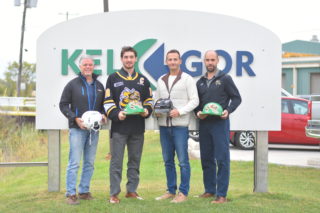 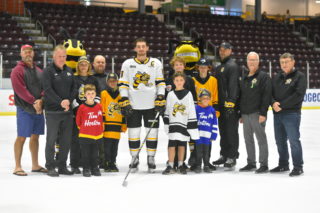