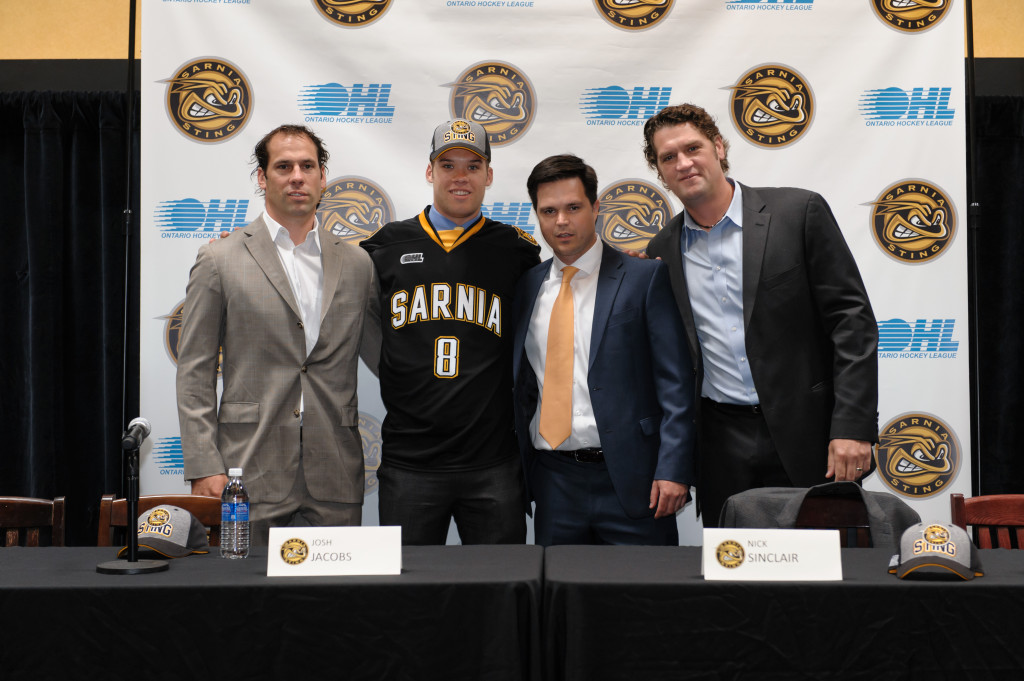 At a public Press Conference this morning, General Manager, Nick Sinclair, announced that 2012 draft pick, Josh Jacobs has agreed to terms on a Standard Player Agreement and Education Package with the Sarnia Sting Hockey Club.

Prior to joining the Spartans for the 2014-15 season, Jacobs played two seasons with USHL’s Indiana Ice, ultimately capturing the Clark Cup Championship in 2013-14. In 104 career games with Indiana, the defenceman notched 7 goals, 31 assists and finished his USHL career with a plus/minus rating of +31. 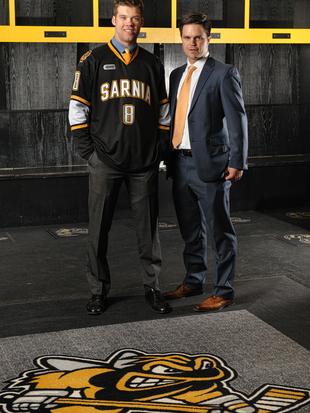 General Manager, Nick Sinclair maintains that Jacobs will be a great addition to the Hockey Club.

“We’re, very excited. He’s a high-end player that is going to play big minutes for our hockey team. He’s another big piece to the puzzle, as far as rounding out our back-end and being a guy that can play in a number of different situations. We’ve been trying to show him why the Ontario Hockey League is the best avenue for his professional career and build the relationship with him and his family over the last couple of years. We’re really excited that he’s going to be donning the Sting jersey in the upcoming season.”

The ’96-born defenceman comments on his decision to join the Sarnia Sting and further his development in the Ontario Hockey League.

“Michigan State was a great place to play, but it just wasn’t the right fit for myself. I had an opportunity with the Sarnia Sting here to play in the OHL. Coming to Sarnia now, it’s a great feeling, it’ll be a fun year. I just can’t wait to come in, be a leader, and try to win a championship along with 20 other guys.”

When asked about the type of game he will bring to the Sarnia Sting, Jacobs comments, “I believe I am a two-way defenceman. I like to join the rush if I can, but not let that take away from my defence necessarily. Love to move the puck, use my skating abilities and get pucks through to the net.”

Jacobs is expected to make his Sarnia Sting debut later this summer when he takes to the ice with his new teammates at Training Camp. Dates for Training Camp are still to be announced.