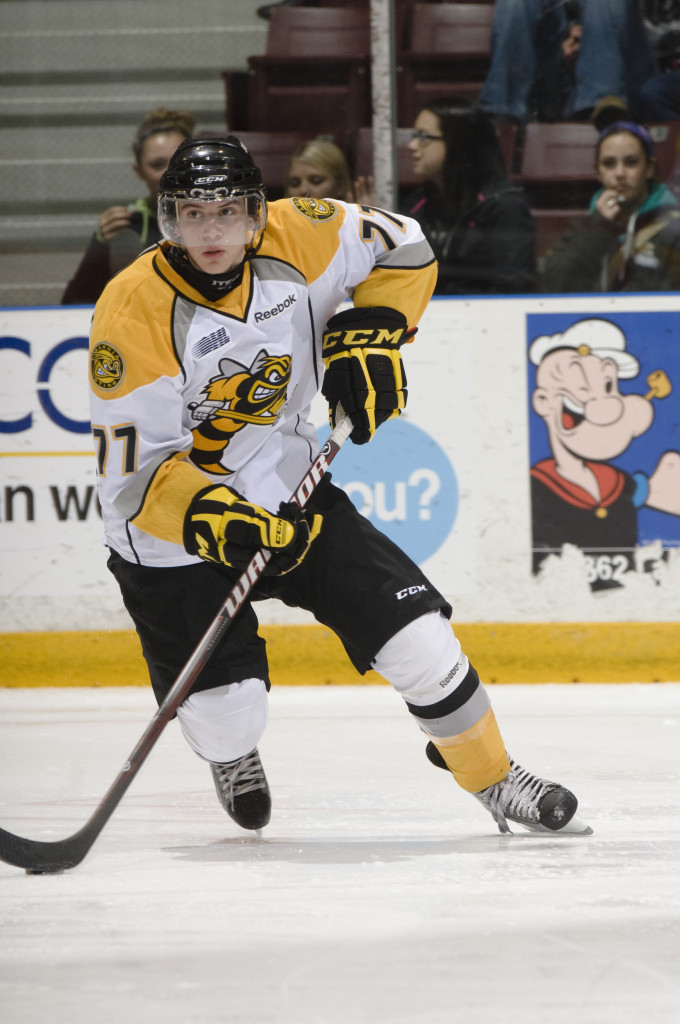 Goaltender Devin Williams of the Erie Otters will be joined by defenceman Anthony DeAngelo of the Sarnia Sting, and forwards Adam Erne of the Quebec Remparts and Jimmy Lodge of the Saginaw Spirit.

A total of 22 players were named to the team following participation at USA Hockey’s Boys’ Select 17 Player Development Camp which took place June 23-29 at The Sports Centre at MCC in Rochester, New York.

Williams, a Saginaw, MI, native played in nine games between the pipes for the Otters last season and picked up a record of 2-4-0-1.  On the blueline, DeAngelo, from Sewell, NJ, had 23 points in 68 games with the Sting.  Up front, Erne from New Haven, CT, finished eighth in QMJHL rookie scoring with 55 points in 64 games for the Remparts while Lodge, from Downington, PA, had 12 points in 45 games for the Spirit.

All four players were members of the U.S Under-17 Select Team that won the 2011 Under-17 Five Nations Tournament held in Ann Arbor, MI.