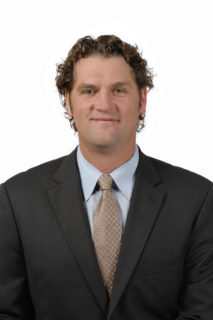 Derian is entering his fourth season as the Head Coach of the Sarnia Sting. Derian lead the team to a franchise best 42 wins and 91 points, capturing the West Division Title for the first time since the 2003- 04 season. Along with his partner, David Legwand, Hatcher purchased the Hockey Club in February, 2015.

Originally drafted by the Stars in 1990 (Round 1, 8th overall), Hatcher played 10 seasons with the club, ultimately captaining them to the Stanley Cup in 1999. Doing so, Hatcher became the first American-born captain to win the Stanley Cup. Hatcher remains the longest-serving captain in the history of the Dallas Stars and their predecessors, the Minnesota North Stars.

After announcing his retirement in 2009, Hatcher was hired as the Player Development Coach for the Philadelphia Flyers.