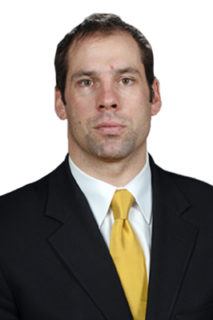 In 2017 Legwand joined Co-owner, Derian Hatcher and Assistant Coaches Jeff Barratt and Brad Staubitz behind the bench. The 2018-19 season will be his second consecutive season behind the bench.

The Michigan-native was a member of the Plymouth Whalers (OHL) during the 1997-98 and 1998-99 seasons. After registering 54 goals and 105 points in his rookie season, the Nashville Predators selected David with the 2nd overall pick in the 1998 NHL Entry Draft.