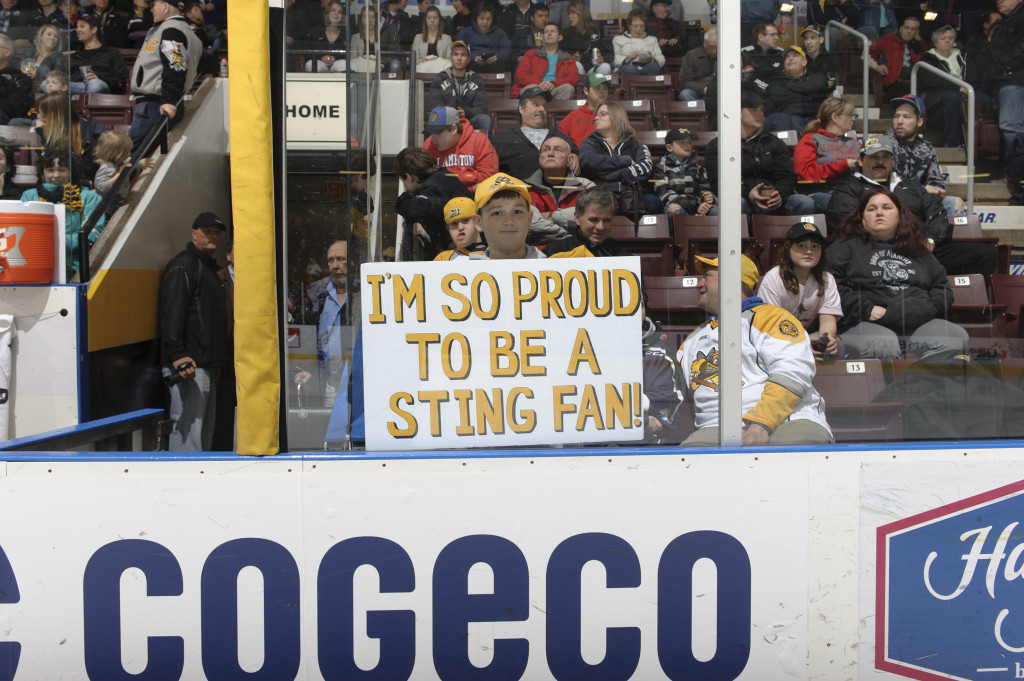 The curtain went down for the Sarnia Sting, but what a season it was as the Sting set team records with 42 wins and 91 points and a West Division crown, securing the second seed in the Ontario Hockey League playoffs.  The post-season begins at the Sarnia Sports and Entertainment Centre this Friday, against the number seven seed Sault Ste. Marie Greyhounds, in a best of seven opening round series.

The 6-3 loss at home to the Windsor Spitfires meant nothing to either team. Aaron Luchuk had a pair of goals and Connor Chatham contributed a goal and three assists to pace Windsor to the win. Jalen Chatfield, Mikhail Sergachev and Andrew Burns scored single tallies for the Spitfires. Cole Carter and Hayden McCool added two assists each.

Sarnia got goals from Brandon Lindberg, Matt Mistele and Anthony Salinitri. Troy Lajeunesse added two assists. Aidan Hughes was in net for Sarnia, who outshot Windsor 38-36 in the loss.

Both Windsor and Sarnia got out of the gate quickly with first period goals. Brandon Lindberg notched his 10th of the year to open the scoring for the Sting at 1:50 with Troy Lajeunesse getting the lone assist, only to see Windsor tie the game at 3:57 on a goal from Connor Chatham. Cole Carter and Hayden McCool drew the assists. Despite the two early goals, there would be no further scoring in the period with the game tied at a goal apiece. Sarnia had the slight edge in shots on goal, at 12-11.

Windsor went ahead 3-1 with two early second period goals as Aaron Luchuk scored unassisted at 1:54 and was followed up on a goal from Jalen Chatfield, assisted by Chatham and Carter at 3:25. Like the first period, two early goals and both teams would tighten up the rest of the period, with no further scoring. Windsor would go to the locker room up by a pair at 3-1. The shots were even at 9 apiece in the frame

MiKhail Sergachev put the Spitfires up 4-1 with a third period goal at 7:19 from Chatham and Brett Primeau. Sarnia struck for two power play goals in a matter of 39 seconds to pull to within one at the the midway point of the 3rd. Mistele scored his 33rd from Nikita Korostelev and Jordan Kyrou. Then Salinitri netted his 17th on the year from Lajeunesse and Franco Sproviero. Luchuk gave Windsor some breathing room with his second of the game at 15:02 and Andrew Burns made it 6-3 from McCool and Chatham at 16:34, to wrap up the scoring.