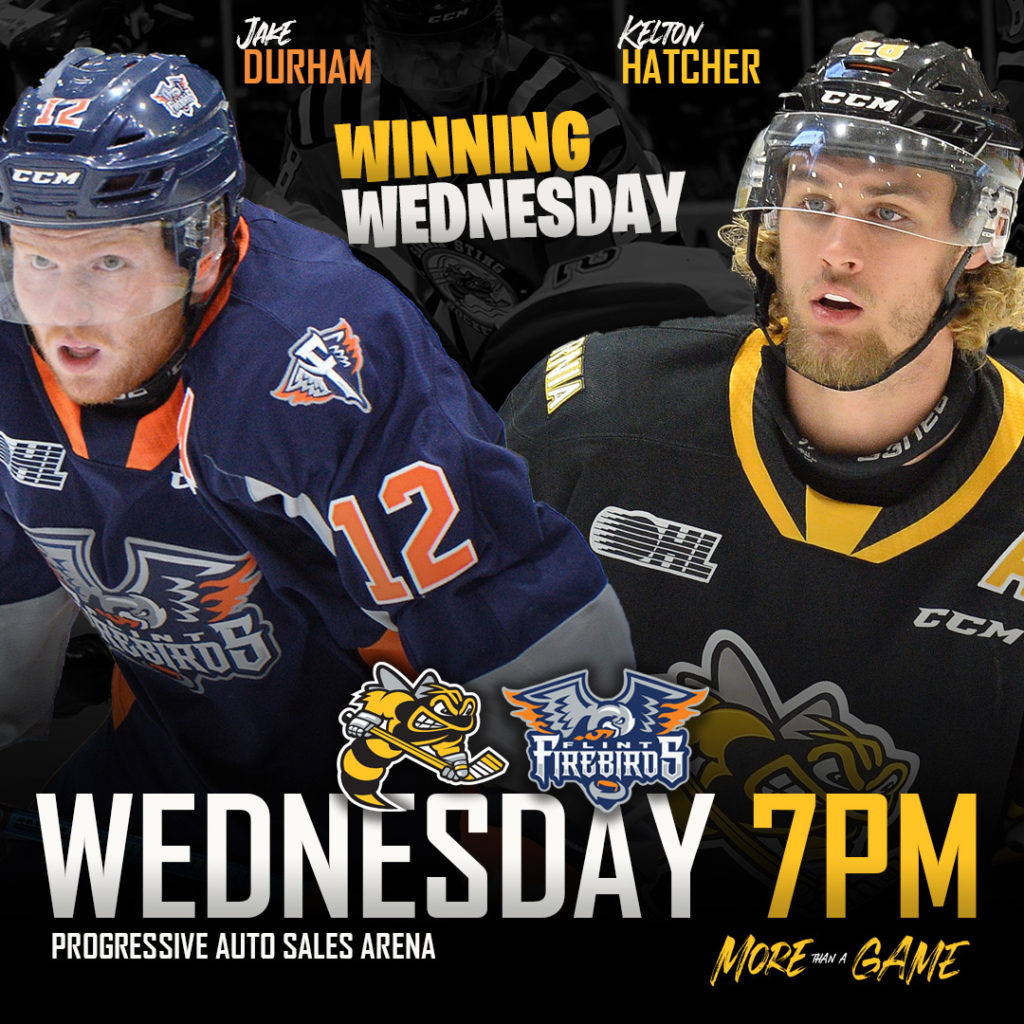 THIS WEDNESDAY NIGHT, November 20th at 7:05 PM. The Sarnia Sting take on the Flint Firebirds and if the Sting win, YOU WIN!  Score Your Seats by calling the Mainstreet Credit Union Sarnia Sting Box Office at 519 541 1717 or online here. 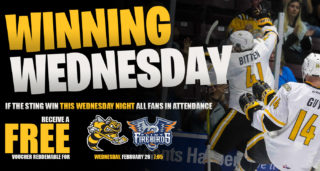 If the Sting defeat the Firebirds this Wednesday night all fans in attendance will receive a FREE voucher redeemable for our Wednesday night rematch vs. the Firebirds on Wednesday, February 26th at the Progressive Auto Sales Arena. Fans can collect their vouchers when leaving the game after a big Sting victory.

This Wednesday nights game, originally scheduled for 11 AM will be played at 7 PM EST.

The game originally scheduled for an 11 AM EST on Wednesday, November 20th between the Flint Firebirds and the Sarnia Sting at Progressive Auto Sales Arena has been moved to a 7 PM EST puck drop.

Originally scheduled as the first annual Sarnia Sting School Day Game. A concept to give the youth in our community a unique educational experience, combining the game of hockey with a focus on basic skills such as statistics, geography and spelling along with positive messaging such as teamwork, sportsmanship and handwork.

Unfortunately, due to several variables this unique experience will be postponed and potentially debuted for the 2020-21 season. The Sting look forward to working closely with both local school boards and community on this exciting new campaign 2020-2021 season.