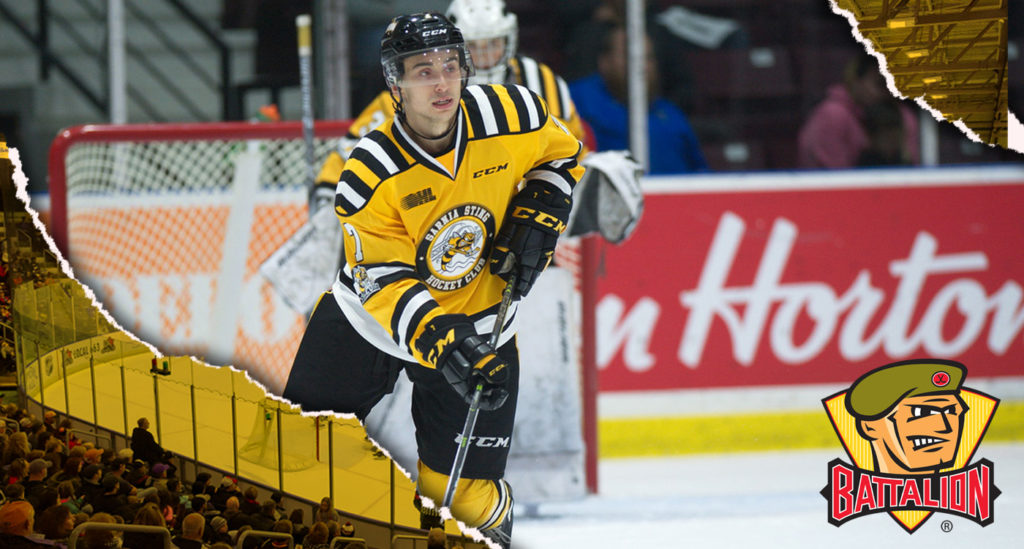 SARNIA, ON – Sarnia Sting General Manager Nick Sinclair announced today that the team has completed a trade with North Bay which sees overage defenceman Nick Grima head to the Battalion. In exchange, the Sting with receive a conditional 5th round pick in the 2022 OHL Priority Selection

The 20 year old Toronto native spent parts of three seasons with the Sting compiling six goals and 46 assists for 52 points in 162 games in Sarnia. Grima is coming off his most productive season in the OHL in 2018-19 where he recorded four goals and 26 assists in 65 games played.

Originally a 2nd round pick by Peterborough in 2015, Grima joined the Sting in the 2016-17 season in a deal with the Petes. Grima’s resume also includes participation in the OHL Cup, the OHL Gold Cup, and the U17 Development Camp.

General Manager Nick Sinclair comments on the trade ” On behalf of the entire Sting organization I would like to thank Nick for all of his efforts with our team as well as his dedication to our community over the past two and a half seasons. We wish him all the best as he transitions to the Battalion and onward in his hockey career. “