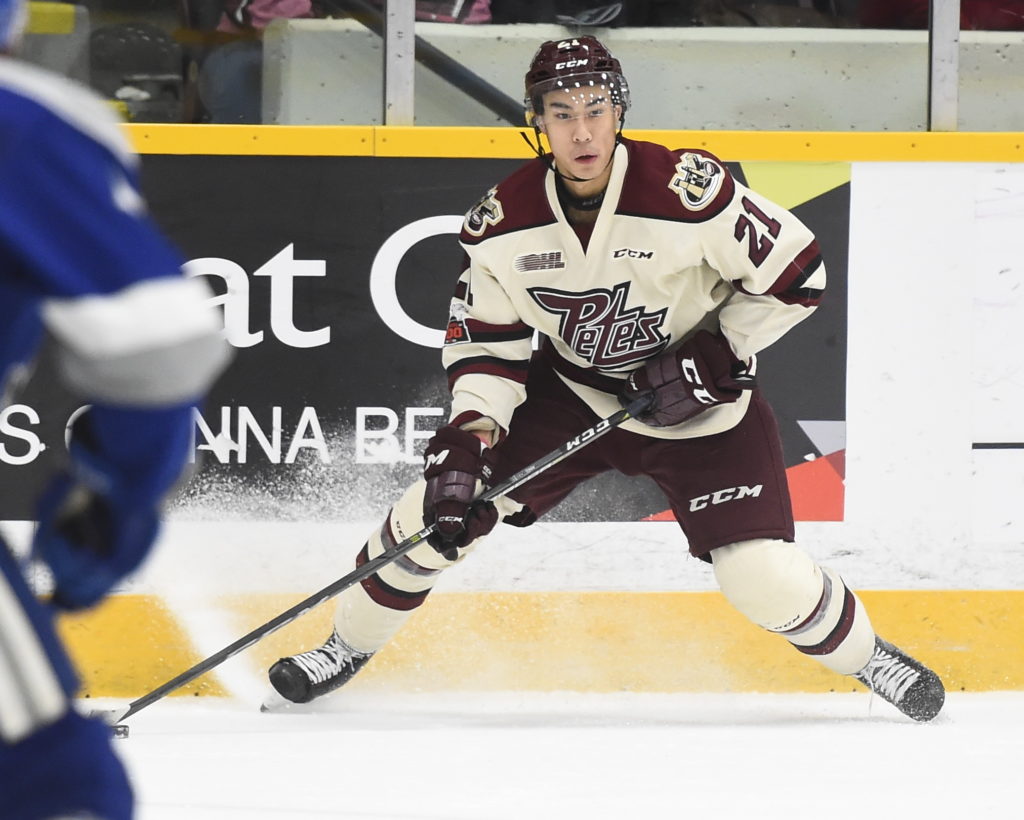 Ang, a fourth-round pick of the Florida Panthers will add tremendous speed and top-end skill to a deep Sting forward group. In 233 Ontario Hockey League games played with the Petes, Ang registered 171 points (73 goals, 98 assists). Sinclair comments: “With todays’ transaction, acquiring Jonathan Ang from the Peterborough Petes we have added an exciting, experienced top-six forward that will immediately impact our forward group.”

The Markham, ON native was selected 9th overall by the Petes in the 2014 Ontario Hockey League Priority Selection. Ang represented Canada on Team White at the 2014 Under-17 World Championships and was a recent invitee to Team Canadas’ World Junior Selection Camp. “Jonathan is a player that brings high-end speed and skill. His ability to play in all situations will be an added dimension to our team, and his overall game will fit nicely with our current style of play.”

Hinz, selected by the Sting in the 3rd round of the 2016 OHL Priority Selection suited up in 48 games for Sarnia over the past one and a half seasons. “We would like to thank Brady Hinz for his time here with our organization for the last year and a half. He has been a great teammate and we wish him all the best as he starts his new journey in Peterborough.”

Ang is expected to join fellow newcomer Cam Dineen and the Sarnia Sting in their debut Thursday night in Windsor.