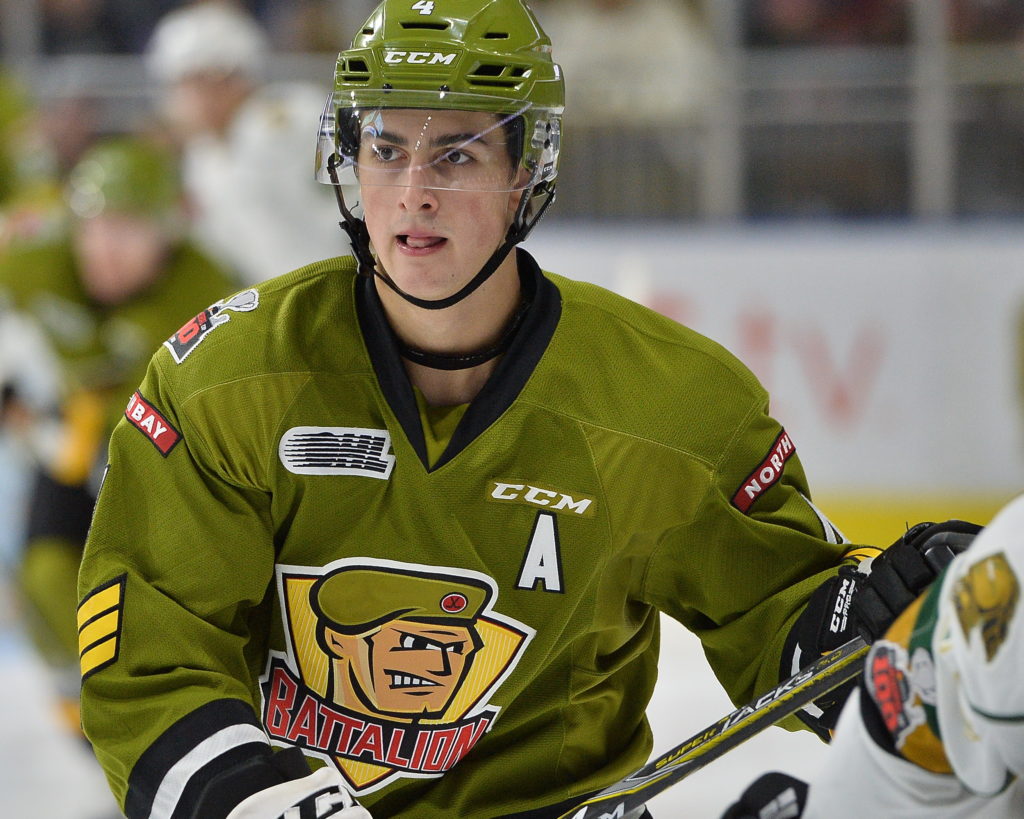 Dineen, a third-round pick of the Arizona Coyotes will add skill and experience to the Sting backend. In 136 Ontario Hockey League games played with the Battalion, Dineen registered 109 points (30 goals, 79 assists). The New Jersey native had a stand-out rookie season in 2015-16 being named to the OHL’s First All-Rookie team after finishing second in scoring among defenceman with 59 points.

Sinclair comments “This is an exciting day for our hockey team, being able to add Cam to our current group of players. Cam is one of the elite defenceman in our league, his skill-set and transition game will gel well with the style of game our team plays.”

Henderson, selected by the Sting in the 6th round of the 2016 OHL Priority Selection suited up in 25 games for Sarnia. “As an organization, we would like to thank Braden for his time in Sarnia and we wish him all best as his career moves to North Bay.”

Dineen is expected to make his Sarnia Sting debut Thursday when the Sting head to Windsor to take on the Spitfires.