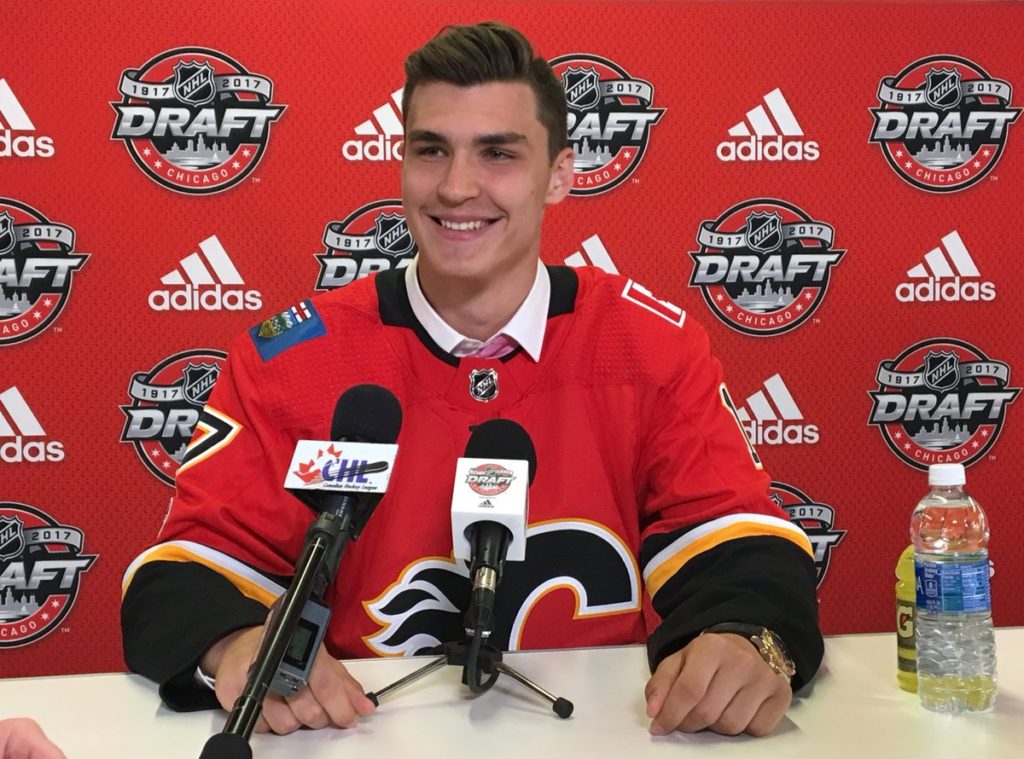 CHICAGO, IL The history of the Sarnia Sting organization has seen 45 players from its ranks selected in the NHL Draft and following the 2017 selection process in Chicago, three more names can be added to that list. In all, 42 players from the Ontario Hockey were selected in the process, with five of said picks coming in the opening round.

Ruzicka becomes property of the Calgary Flames after a solid freshman season in the OHL following his selection in the 2nd round of the 2016 CHL Import Draft. His 25 goals on the season ranked fourth in that category for the Sting, and his season concluded by being named to the OHL’s Second All-Rookie team  after a nod as the league’s top rookie performer in February 2017. Ruzicka also appeared in the CHL Top Prospects game and added to his vast experience in international play with his placement on Team Slovakia in the 2017 World Junior Championship in Toronto and Montreal.

.@ARuzicka21 on being drafted by the #Flames, his development over the last year and modelling his game after Evgeni Malkin. pic.twitter.com/pvF08ToDSh

Rymsha joins the large stable of OHL talent within the Los Angeles Kings organization, after being one of the top acquisitions league wide on the trade front in the 2016-17 OHL season. Upon joining the Sarnia Sting, the Michigan native compiled 20 goals and 33 points after the move from Ottawa and meshed with St. Louis Blues prospect Jordan Kyrou to form one of the most imposing offensive duos league wide. Rymsha also overcame a serious leg injury in his original draft eligible season before joining the ranks of the Kings in the 2017 NHL Draft. His father Andy was also a selection at the NHL level, taken by St. Louis in 1987.

McGregor became the third member of the Sarnia Sting to hear his named called in Chicago, and the second player selected by a Canadian based team. A former second round pick by the Sting, McGregor couples his high on ice IQ with solid results in the classroom as well as has been awarded with a number of academic awards both within in the Sting organization and the Ontario Hockey League.