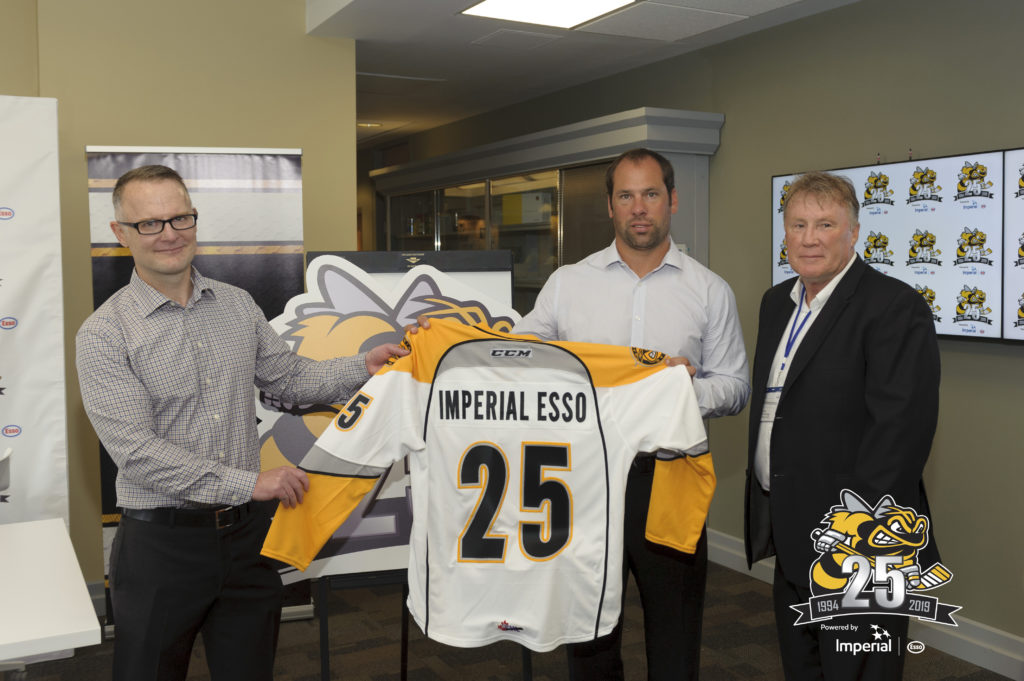 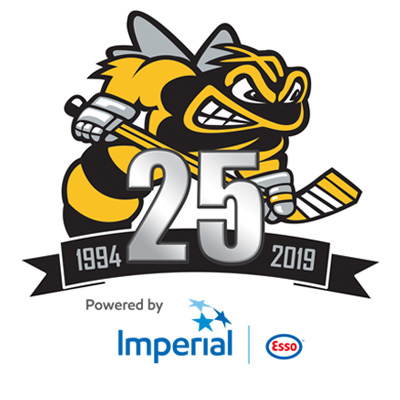 Local media, Imperial employees, and members of the Sarnia Sting Hockey Club gathered at Imperial’s Sarnia manufacturing facility to make the announcement. The company will join the club as presenting partner when the Sting enter the 25th season in franchise history.

“This is a very exciting day for our hockey club and the local Sarnia-Lambton community. To be able to align ourselves with one of our city’s largest employers and nationally recognizable brands like Imperial and Esso is truly an honour,” said Sting President Bill Abercrombie.

The partnership involves a number of components which will bring an aesthetic upgrade to the inner bowl of Progressive Auto Sales Arena as well as place a large emphasis on the hockey club’s players and their impact on youth in our community.  A new support model for local breakfast programing and a revamped Skate with the Sting program are both in the early stages of preparation but will allow the team to present positive role models by focusing on healthy living, hard work, dedication, teamwork and community.

Imperial’s Andrew Mitton says the company is thrilled to partner with the Sarnia Sting. “We’ve been a part of this community for more than a century, and Imperial has a long history of support here. Partnering with the Sarnia Sting is fitting because our company has been closely linked to Canada’s national sport since sponsoring the first national radio broadcasts of professional hockey in 1936. Our sponsorship today is focused on hockey events, activities and programs that support youth and local communities across Canada.”

Today’s gathering also allowed the two organizations to come together to release the Sting’s official 25th anniversary logo. This marks the beginning of a season that will reflect on the proud history of the team and celebrate its direction moving forward.