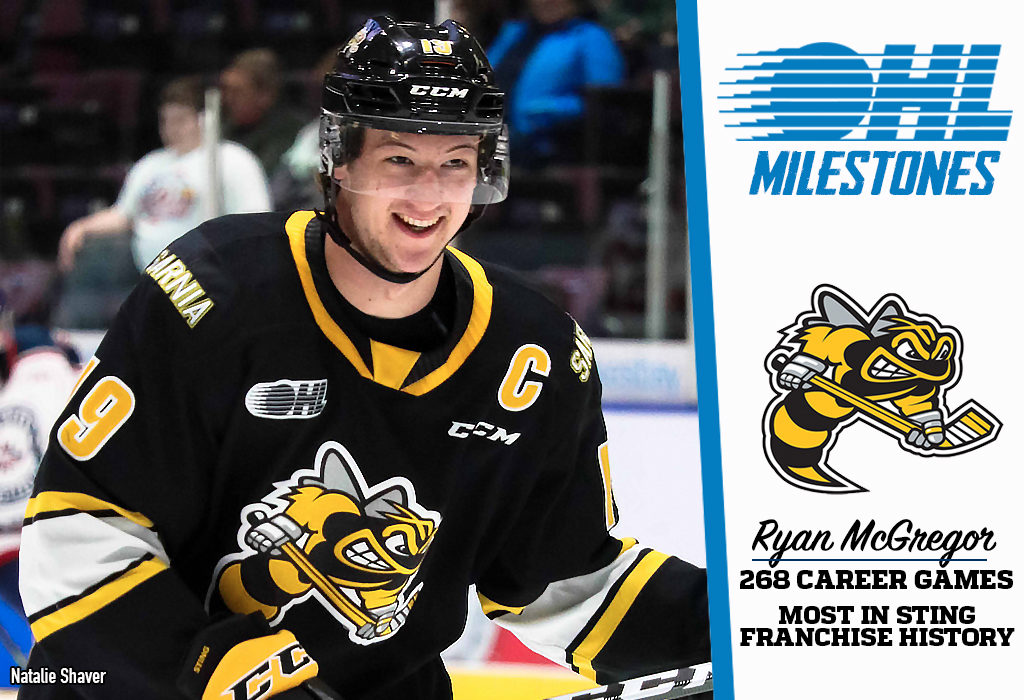 Overage veteran Ryan McGregor made some Sarnia Sting history on Saturday, competing in his 268th career regular season game in black and gold. In doing so, he surpassed John Hecimovic (2000-05) for the most games played in the Sting’s 26-year history.

McGregor recorded a pair of assists in a 5-4 loss to the visiting Sudbury Wolves as the Sting, who sit at the bottom of the Western Conference, fell to 16-24-4-0.

A fan favourite from Burlington, Ont., McGregor missed time out of the gate to injury this season, but has returned to record 48 points (17-31–48) through his first 34 games.

The 6-foot-1 centre joined the Sting as a second round pick in the 2015 OHL Priority Selection and has gone on to register 208 points (80-128–208) in his five-year run. He was a sixth round pick of the Toronto Maple Leafs in the 2017 NHL Draft and was invited to rookie camp with the Columbus Blue Jackets in September.

With the drop of the puck, @ryanmcgregor84 moves into sole possession of first place for games played in franchise history.