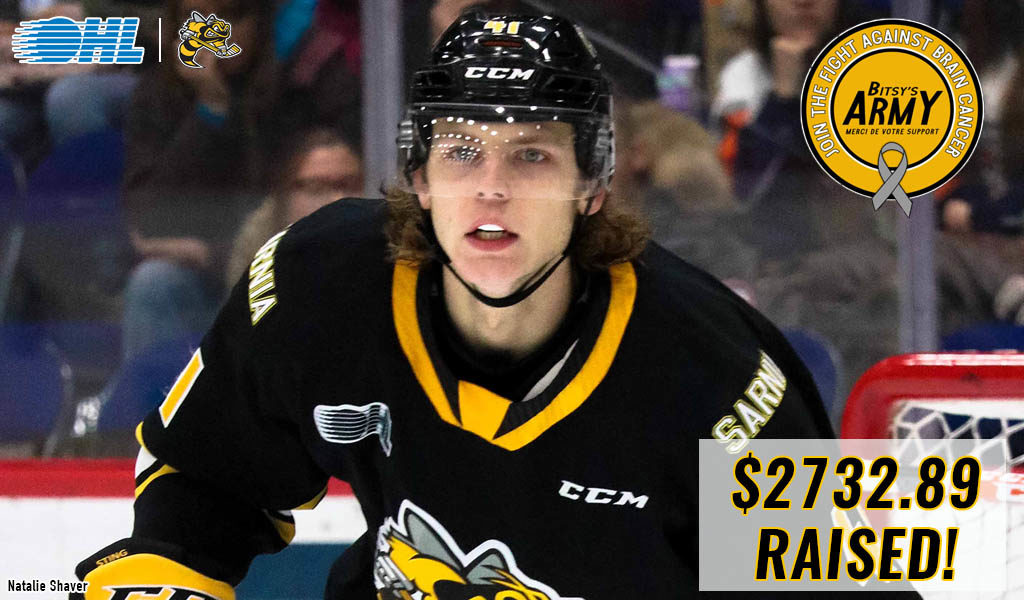 The Sarnia Sting announced via Twitter earlier this week that overage forward Sam Bitten raised a grand total of $2,732.89 for the Brain Tumour Foundation of Canada through his first ‘Bitsy’s Army’ fundraiser.

Inspired by cousin Martin Piche, who was diagnosed with brain cancer seven years ago, Bitten has worked with the Sting to launch the new initiative. The 20-year-old veteran has had his sights set on embarking on the endeavour since April, but the Sting’s Pay It Forward Challenge that got underway last month provided the perfect opportunity for Bitten to unveil the new project.

Thanks to your generosity, @bitsys_army was able to raise an incredible $2,732.89 in their online auction that will be donated to the @BrainTumourFdn of Canada! ?️??

Bitsy’s Army’s first fundraiser came in the form of an online auction, with proceeds directly benefitting the Brain Tumour Foundation of Canada. Items auctioned-off included jerseys and other memorabilia worn and signed by Bitten himself; his older brother Will, and other current and former Sting players including Jamieson Rees, Jacob Perreault and Travis Konecny.

For the full story on Bitsy’s Army and the motivation behind the initiative, click here. 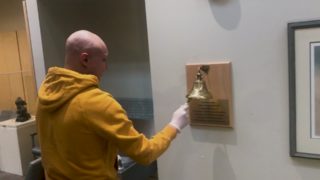 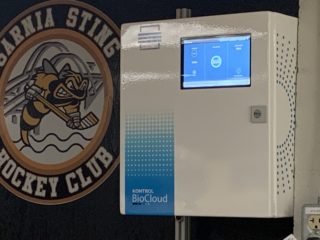 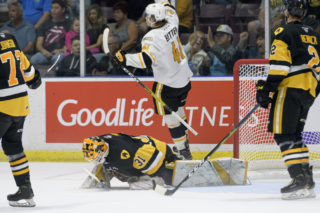 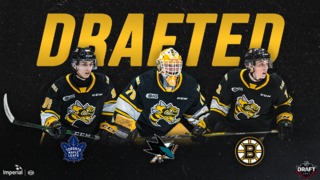