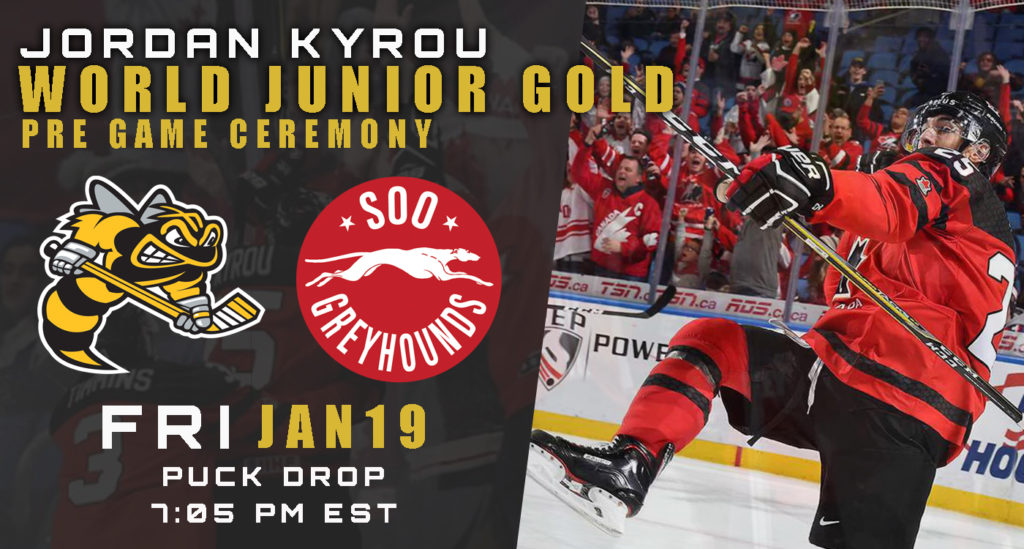 SARNIA, ON- The Sarnia Sting are set to honour Sting Captain, Jordan Kyrou during an on-ice ceremony Friday, January 19th before the Sting host the Sault Ste. Marie Greyhounds at the Progressive Auto Sales Arena.

Kyrou will be honoured during an on-ice ceremony Friday, January 19th before the Sting host the Sault Ste. Marie Greyhounds in Round Three of the “Best in the West” Showdown.

Fellow Team Canada teammates Boris Katchouk, Conor Timmins and Taylor Raddysh of the Sault Ste. Marie Greyhounds are also expected be in attendance for the pre game celebration. As well, as Sting’s own Adam Ruzicka who had two points representing Slovakia during the tournament.

To purchase tickets to help us honour Kyrou for his gold medal success call 519 541 1717, at the Box Office or by clicking here