Sting take Round One of Battle of the 402 in London 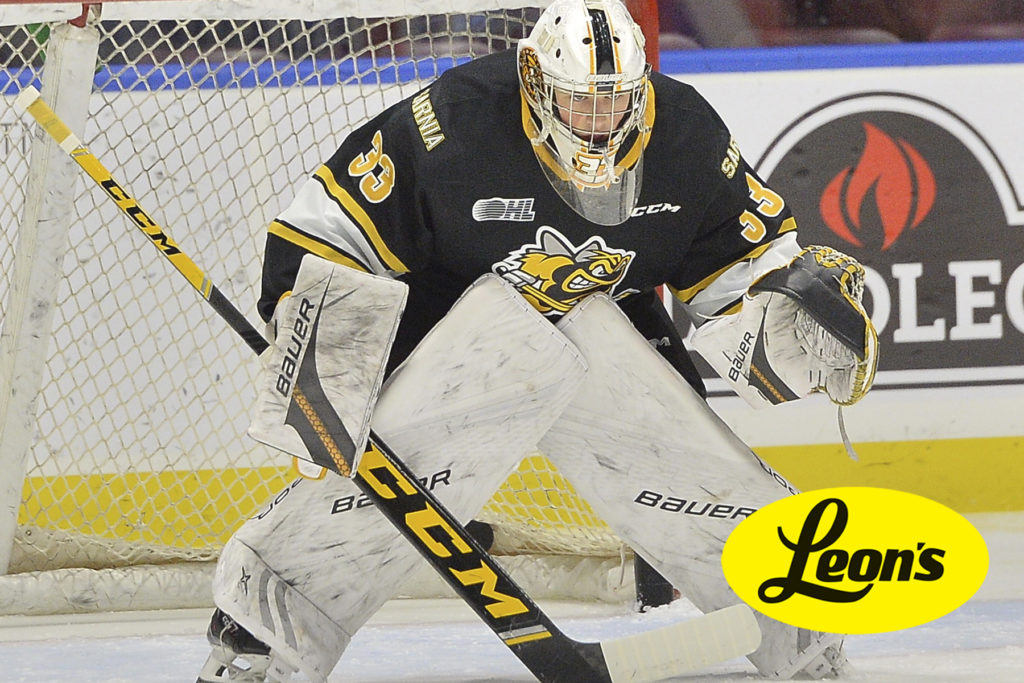 The Sting traveled to London for the first time this year to face the Knights reigniting the battle of the 402 rivalry at the Budweiser Gardens. This was the first of their two game weekend. The intensity was high right off the bat as just 58 seconds in Marko Jakovljevic dropped the gloves with Cole Tymkin of the Knights assuring that the rivalry is still alive and well alive between Sarnia and London.

The scrap seemed to light a fire on the Sting bench, as eight minutes into the opening period Marek Berka opened up the scoring after a nice lead pass from Jacob Perreault to put Sarnia up 1-0. Minutes later Jamieson Rees doubled the Sting lead as he rifled a beautiful shot over Dylan Myskiw’s shoulder.

Less than a minute later the Sting’s powerplay was put to the test as Billy Moskal got sent off for hooking. Joe Mack netted his 4th of the season just as Moskal’s penalty expired to put the boys up 3-0 with three minutes left in the first. The Sting went into the first intermission with a 3-0 lead against the Knights.

The Knights switched goalies for the start of the second frame as Brett Brochu was put in net, but that didn’t stop Sarnia from coming out strong as Eric Hjorth ripped his 8th of the year on the powerplay just 13 seconds into the second period to put the Sting up 4-0; on the very first shot Brochu saw since entering the game. With 5 minutes left in the period London got on the board with a goal from Evangelista to reduce the Sting’s lead to only three goals. After 40 minutes Sarnia stayed in the lead up 4-1 against London.

The Sting started the third period on the penalty kill and picked up another penalty for too many men and London was able to pick up their second goal of the night as Johnny Gruden got the powerplay tally. Sarnia picked up another penalty this time with Anthony Tabak getting called for holding. London was able to get another goal as Nathan Dunkley made things interesting by making it a one goal game. A minute later Sarnia had yet another penalty called against them with Eric Hjorth taking a tripping call but the Sting managed to kill it off to maintain the lead. Later in the period Sean Josling puts one in the empty net with the Knights swarming to seal the Sting victory; winning the game 5-3. Ethan Langevin had a dandy of a game in net, making several key saves when London was trying to tie the game up late in the 3rd period.

Join us tomorrow afternoon as we take on the visiting Mississauga Steelheads at The Hive. Puck drop is 4:05pm and be sure to wear your Ugly Christmas Sweaters as it’s our annual Ugly Sweater Game with the Sting wearing custom ‘Buddy the Elf’ Christmas jerseys. Select jerseys will be auctioned off live, on-ice following the game while the remainder will be available for bid online at auction.chl.ca. All proceeds from the jersey auction will go to support our local Inn of the Good Shepherd. Secure your seats to any upcoming Sarnia Sting home games by calling the Mainstreet Credit Union Sarnia Sting Box Office by calling 519 541 1717 or shop online here.