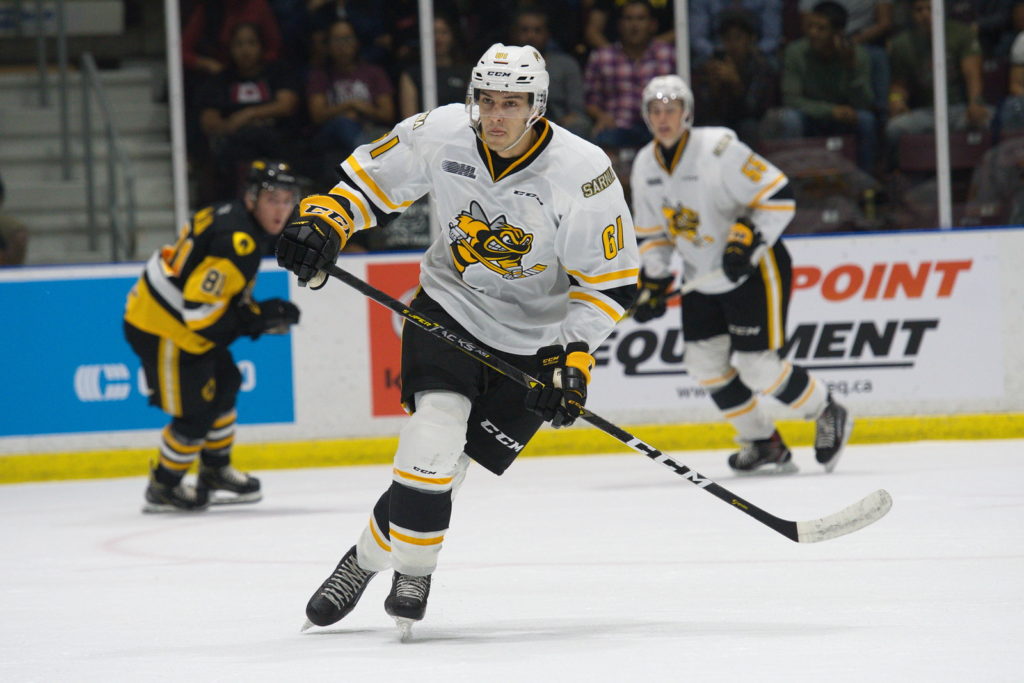 Tabak returns to the Eastern Conference after originally being a 3rd round pick by the Wolves in the 2017 OHL Priority Selection.

Sarnia Sting General Manager Nick Sinclair comments on today’s transaction. “On behalf of the Sarnia Sting we would like to thank Anthony for his contributions to the organization during his time in Sarnia, and wish him the best in Barrie.”