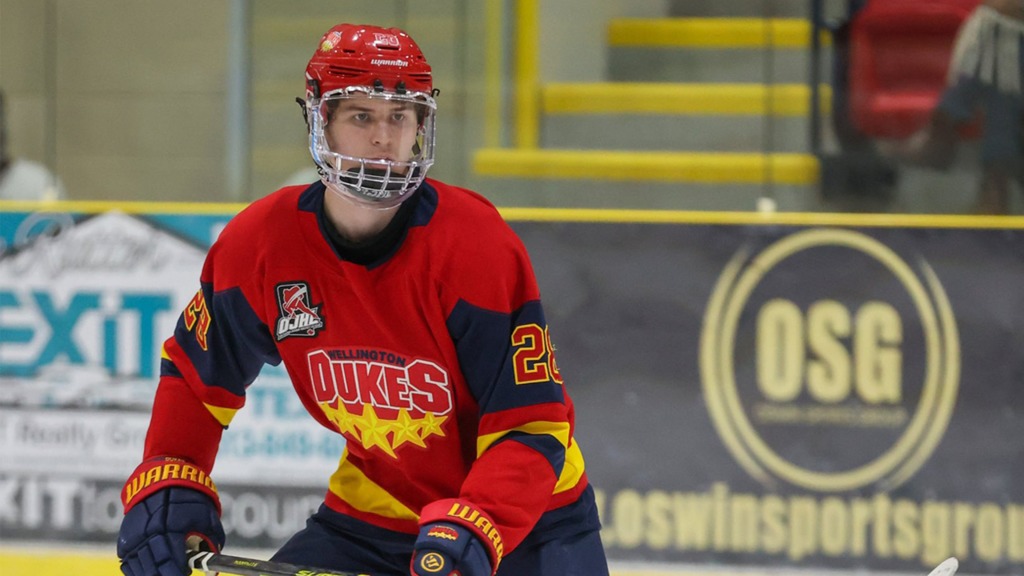 Standing at 6’1, 171 lbs, Young spent the 2021-22 season split between the Waterloo Wolves U18 AAA team and the Kitchener-Waterloo Siskins of the Greater Ontario Junior Hockey League (GOJHL). The right shooting Elmira, Ontario native tallied a goal and 7 assists through 15 games with the Wolves, in addition to 8 goals and 23 assists through 35 games played with the Siskins.

Young, has played 11 games for the OJHL’s Wellington Dukes so far this season, tallying one goal and three assists, that includes an overtime winner Friday night to give the Dukes’ their eighth straight win.

“Mitch has played some very good hockey for the Wellington Dukes to start the season. He is a skilled and competitive player who we are excited to officially start working with. “

Young will wear number 5 for the Sting and make his Ontario Hockey League debut in Guelph Sunday afternoon when the Sting take on the Storm at the Sleeman Centre.