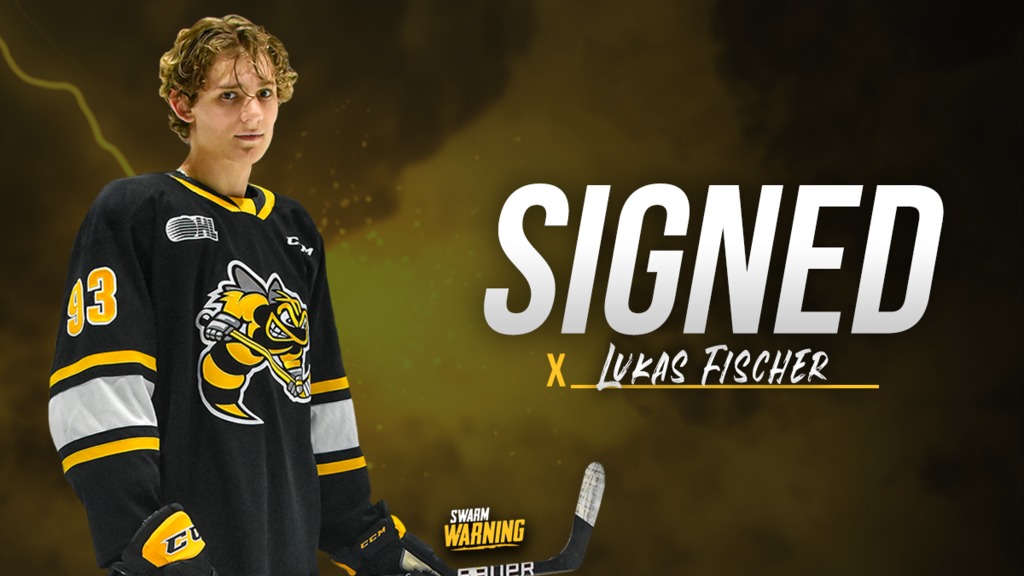 The 16-year-old Plymouth, Michigan native was selected by the Sting in the 11th round, 208th overall in the 2022 OHL Priority Selection before being selected by the Cedar Rapids RoughRiders 6th overall in the United States Hockey League (USHL) Futures Draft. During his draft year, Fischer tallied 5 goals and 2 assists through 20 games played with the Compuware 15U AAA team and was invited to the 2022 USA Hockey National Team Development Program (USNTDP) Evaluation Camp. Through 5 games played with the USNTDP, the smooth-skating defenceman recorded an impressive 3 goals and 2 assists.

On the addition of Fischer, Seca comments:

“Lukas is an exciting addition to our program. He’s a player we feel has tremendous upside and talent and are thrilled he’s here in Sarnia. Lukas is a defenceman who can play in all situations, he’s a big frame who can defend, likes the physical game, and handles the puck with poise. We feel this addition further boasts our young talent with the 2006 age group.”

Fischer will make his OHL debut on Friday night as the Sting are set to play the Windsor Spitfires at 7:05pm. Following the game, the team will be heading east for the remainder of the weekend, visiting the Barrie Colts on Saturday at 7:00pm and the Oshawa Generals at 2:05pm on Sunday.