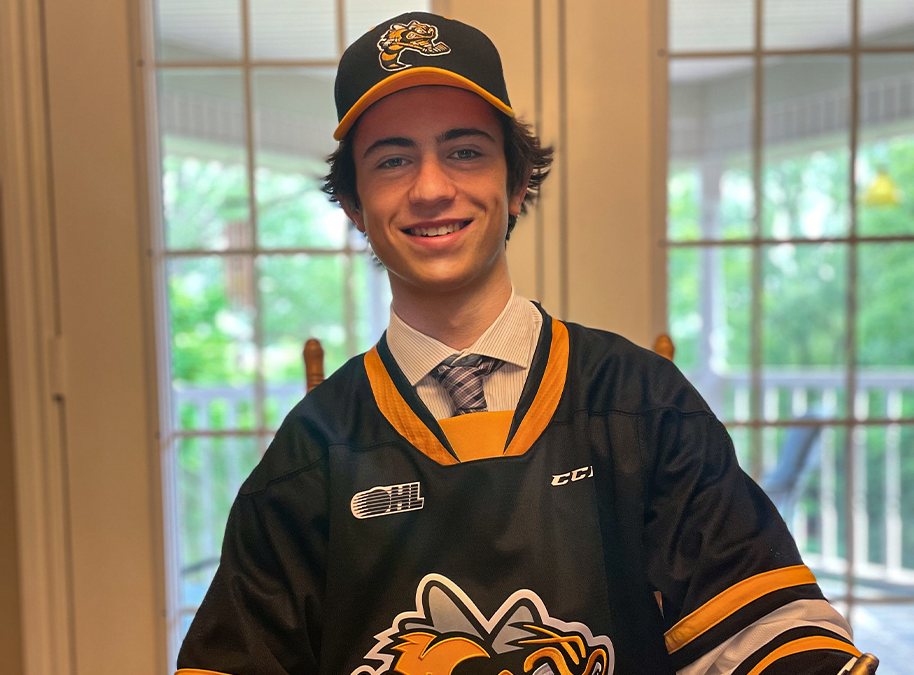 The Campbellford, Ontario native spent the 2021-22 season with the Quinte Red Devils U16 AAA team. Through 26 games played with the team Campbell tallied 3 goals and 11 assists. Last season, Campbell also gained some junior hockey experience as he tallied an assist through two games played with the Cobourg Cougars of the Ontario Junior Hockey League (OJHL);

After selecting Campbell in the third round of the 2022 OHL Priority Selection Sting Director of Player Personnel Kyle Craner commented:

“Carson is a pass first defenceman who we see excelling at moving the puck out of his own zone to the forwards in transition. He is also comfortable moving along the offensive blue line and plays a heads-up style. We look forward to seeing him progress in Sarnia.”

On the addition of Campbell, Seca adds:

“Carson is a smooth skating defenceman who we believe can become an effective puck mover in the OHL. He’s an athletic kid with excellent hockey sense. We’re excited to have him sign his Standard Player Agreement with the hockey club and are happy to welcome Carson and the Campbell family to the Sting Organization.”