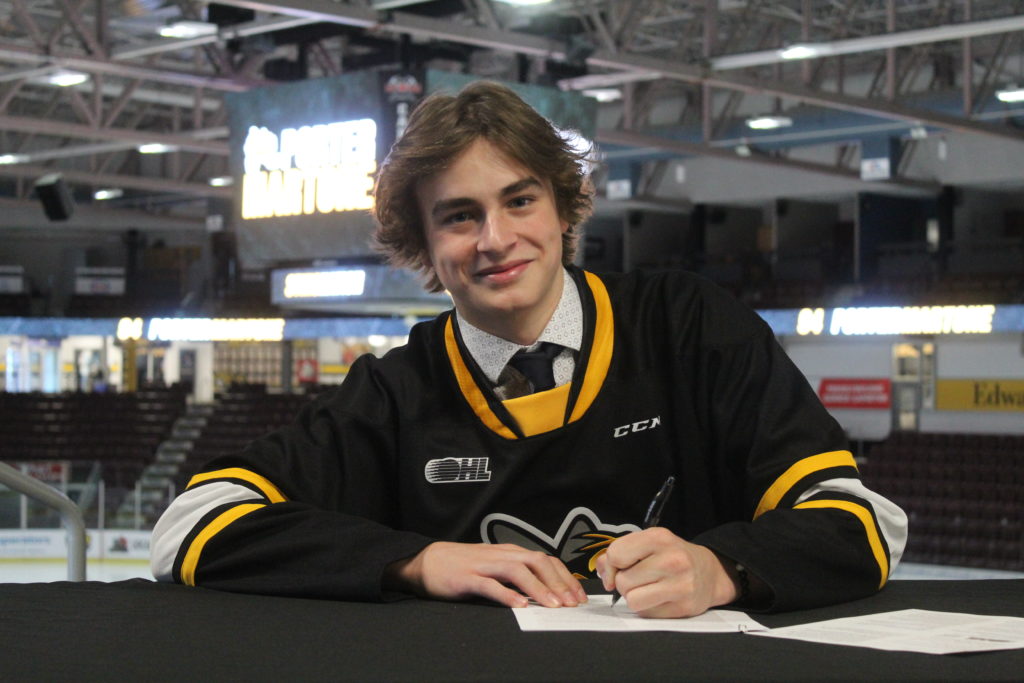 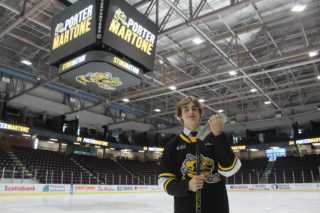 After spending the 2021-22 season with the Toronto Jr. Canadiens U16 AAA team, the 6’03”, 171-pound Peterborough, Ontario native was selected by the Sting 5th overall in the 2022 OHL Priority Selection. A skilled and competitive presence, Martone tallied an impressive 41 goals and 63 assists for 104 points through 53 Greater Toronto Hockey League Games this past season placing him third in league scoring. Martone also excelled for the Jr. Canadiens at the 2022 OHL Cup, held from March 30th through April 4th, as he recorded 7 goals and 8 assists through just 7 tournament games.

With the 5th overall pick in the 2022 Priority Selection, we are proud to welcome @MartonePorter to the Sting Family!#OHLDraft | #RiseUnited🐝 pic.twitter.com/f6E76d774H

The Sarnia Sting will be hosting Martone and other prospects from the 2022 Draft Class in Sarnia this weekend as part of the Club’s Orientation Camp presented by Match Eatery Point Edward. The weekend includes a two hour on-ice session Saturday Morning at Progressive Auto Sales Arena from 10am-12pm prior to a Player Awards and Draft Class reception held from 2-3:30pm at Match Eatery & Public House Point Edward.

A high character forward who plays an intelligent game on the wing, Porter Martone of the @JrCanadiensAAA consistently found the scoresheet for the @GTHLHockey champions this season 🎥 pic.twitter.com/PjyiK9nqEI