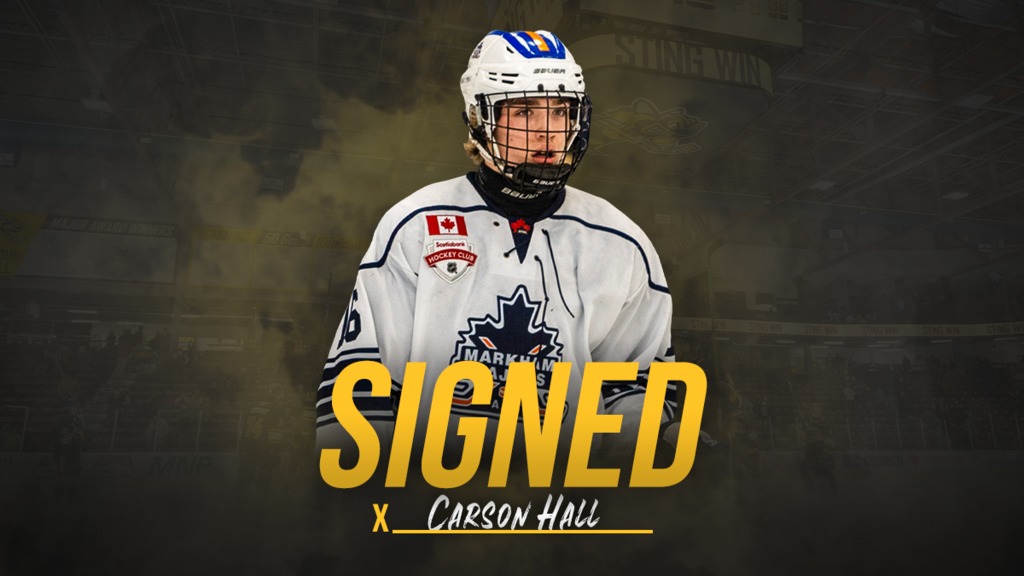 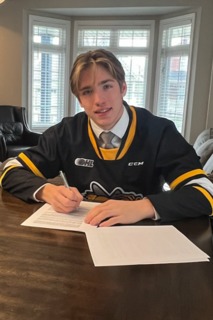 The Newcastle, Ontario native was selected by the Sting in the 4th round, 68th overall in the 2022 OHL Priority Selection. During his draft year, the 185-pound forward tallied 8 goals and 11 assists through 23 games played with the Markham Majors U16 AAA team in addition to 3 goals and 2 assists through 6 games at the OHL Cup. This season Hall has played in 23 games with the Lindsay Muskies of the Ontario Junior Hockey League (OJHL), scoring 5 goals and 2 assists.

On the signing of Hall, Seca Comments:

“Carson is a player we were excited to draft back in April. He’s a competitive player with a very good motor. He has played well for the Lindsay Muskies in the OJHL, and we feel his development with the Muskies is trending in the right direction. Hall will remain with Lindsay, but we expect to have him in a Sting uniform within the coming weeks. We would like to welcome Carson and the Hall family to the Sarnia Sting family.”

The Sarnia Sting are set to play the Windsor Spitfires on Friday night at 7:05pm before heading east for weekend, visiting the Barrie Colts at 7:00pm on Saturday and the Oshawa Generals at 2:05pm on Sunday.