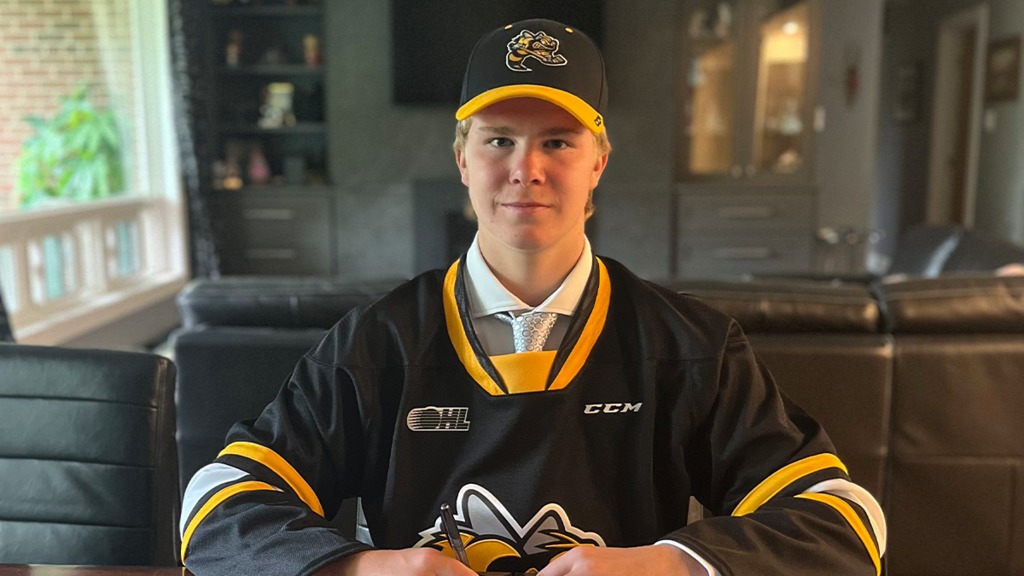 Prior to being selected by the Sting forty-fifth overall in the 2022 OHL Priority Selection, Doherty spent the 2021-22 season with the Ajax-Pickering Raiders U16 AAA club. The 5’10” right-shooting centremen tallied 21 goals and 14 assists through 26 Eastern AAA Hockey League games this season in addition to 4 goals and 4 assists in 6 playoff appearances.

“We couldn’t be more excited to get Doherty’s combination of speed, skill, and compete. He’s an exciting player to watch and one that made his teammates better all year.” commented Sting Ontario Scout Mike Neely after the Hockey Club selected the Scarborough, ON native with their first of two third-round picks.

“Sean is a competitive player, who skates very well and has the tools to be an impactful player in our league. He’s also a player who’s committed both on and off the ice. Heading into the draft our scouts loved his speed and passion. We are thrilled to have him signed to his Standard Player Agreement and welcome him, as well as his family, to the Sarnia Sting organization.”