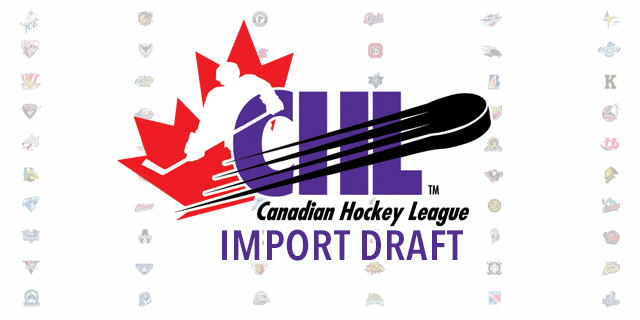 SARNIA. ON– Players  like Nikolas Latta, Nikolay Goldobin, Nail Yakupov & Pavel Zacha are only a few European talents to travel to Sarnia and dawn the Sting Jersey.

The 2017 Canadian Hockey League Import Draft is set for Wednesday June 28th in which the Sarnia Sting hold the 22nd and 82nd picks. Each team in the CHL is permitted to carry two European Import players each season. These players are selected annually at the Import Draft, with the order of selection rotating through each of the three leagues in the CHL using an inverse order of their final regular season standings. Managers can choose to make a selection or pass upon their choice, based on open roster positions for the upcoming season. Last year General Manager, Nick Sinclair selected Adam Ruzicka (61 GP 25G 21A), a recent 4th round pick of the Calgary Flames at the 2017 NHL Draft.

The Barrie Colts own this years first overall selection followed by the Moncton Wildcats (QMJHL) and the Kootenay Ice (WHL) to round out the top three. The 2017 Import Selection will begin tomorrow morning at 11am. You can stay up to date on the Sting selections on our social media channels and sarniasting.com.