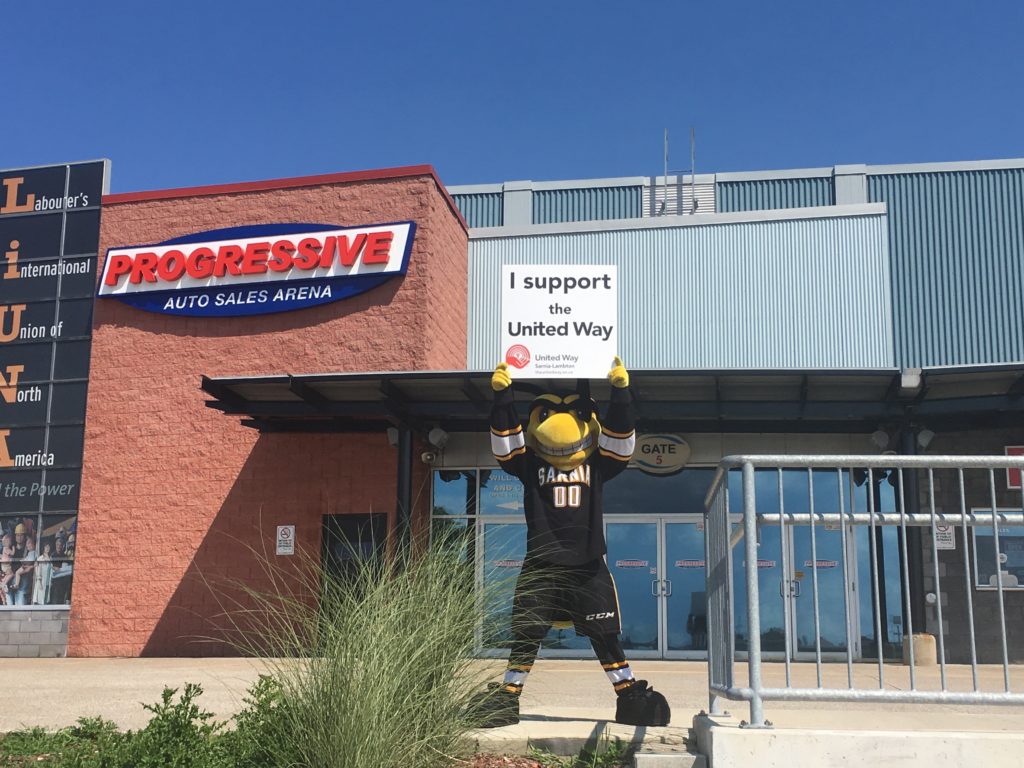 The Sarnia Sting are set to host their annual Black & White Game – in support of the United Way on Wednesday, August 29. 2018.

The Annual Black & White game in support of the United Way is set for Wednesday, August 29 – 7:05 PM. As always, the game will feature a number of current Sting players and Sting prospects vying for a roster spot.

Heading into its 13th year, the Black and White game is the official kickoff to the Sarnia Sting season and the opportunity for United Way Sarnia-Lambton to announce  their fundraising goal for the year. Since its inception the Sting have helped raise an estimated $40,000 to help local United-Way programming. CLICK HERE for more information on the United Way community impact.

The campaign officially kicks off on September 11, 2018 with the Day of Caring.

Executive Director, Dave Brown comments on behalf of the United Way regarding the partnership, “We are excited to be back on board with Sarnia Sting for the 2018 season, our long-standing partnership has contributed $40,000 to the community in the past 12 years.”

“We can’t think of a better way to end our summer then spending it with our family and friends at the rink.  Every donation will go directly into the 2018 fundraising campaign which benefits youth, families and seniors in Sarnia Lambton.”

“We are proud of our history with the Sarnia Sting organization; each person that has come out to a Black and White game in the past 12 years has made an impact on this community.  The donations that we receive will help fund over 30 programs and services in Sarnia-Lambton that have a direct impact on the lives of youth, families and seniors.”

Admission is free of charge for the annual Black and White game, however donations upon entry are greatly appreciated .  Proceeds from the  50/50 draw, Jersey raffle, and lineup sheet sales going back to the United Way.

Full 2018-19 Sarnia Sting Training Camp details will be released in the coming days.