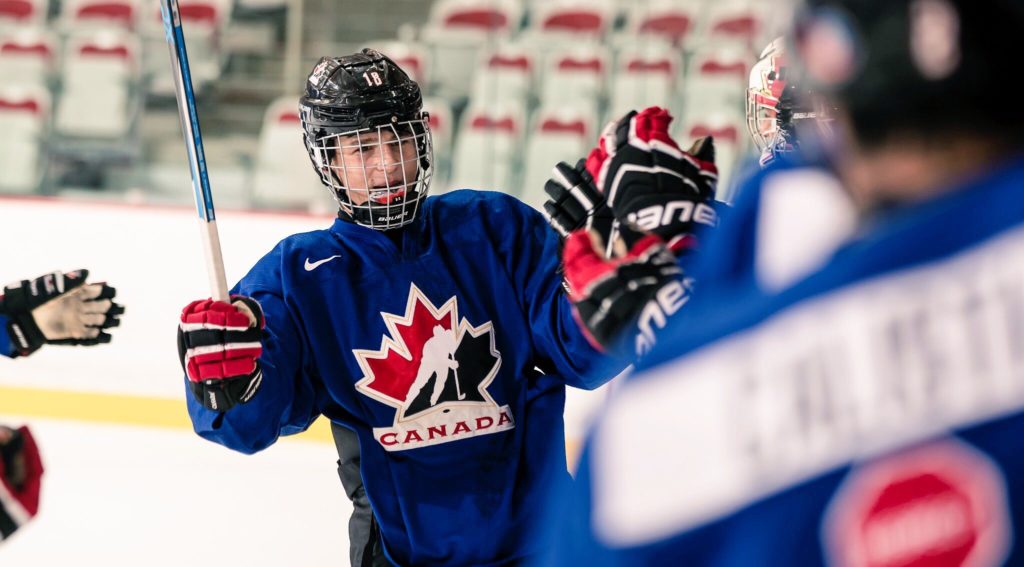 Rees, drafted 9th overall by the Sting in this year’s OHL Priority Selection, helped lead his Mississauga Reps Minor Midget team to the 2017 OHL Cup. In 32 GTHL games with the Reps, Rees recorded 24 goals and 16 assists for a team-high 40 points. Rees took very little time this past weekend to the show Hockey Canada brass the skill and vision he possesses. Jamieson chipped in two points including this nifty move that found the back of the net.

Defenseman Alex Hogue, selected with the Sting’s second pick in this past Priority Selection, was named HEO Player of the year after registering 14 goals and 47 points for the Cumberland Grads. Hogue was able to display his playmaking ability at Camp in Calgary this past weekend as he led all Defenseman in scoring with 5 Points.

The Sting’s final prospect attending U17 Camp was goaltender Ethan Langevin. Langevin, part of the OMHA Champion Whitby Wildcats, was selected in the 6th round by the Sting. Langevin had a solid showing which included stopping all 5 shot attempts in a game 1 shootout.

Rees, Hogue & Langevin will hope to be part of three Canadian teams selected to compete against five international squads at the World Under 17 Hockey Challenge, to be held November 5-11 in Dawson Creek/Fort St. John B.C.

Be sure to see all Sting Prospects when the Sting open 2017 Training Camp in late August, Official dates and schedule to be released.