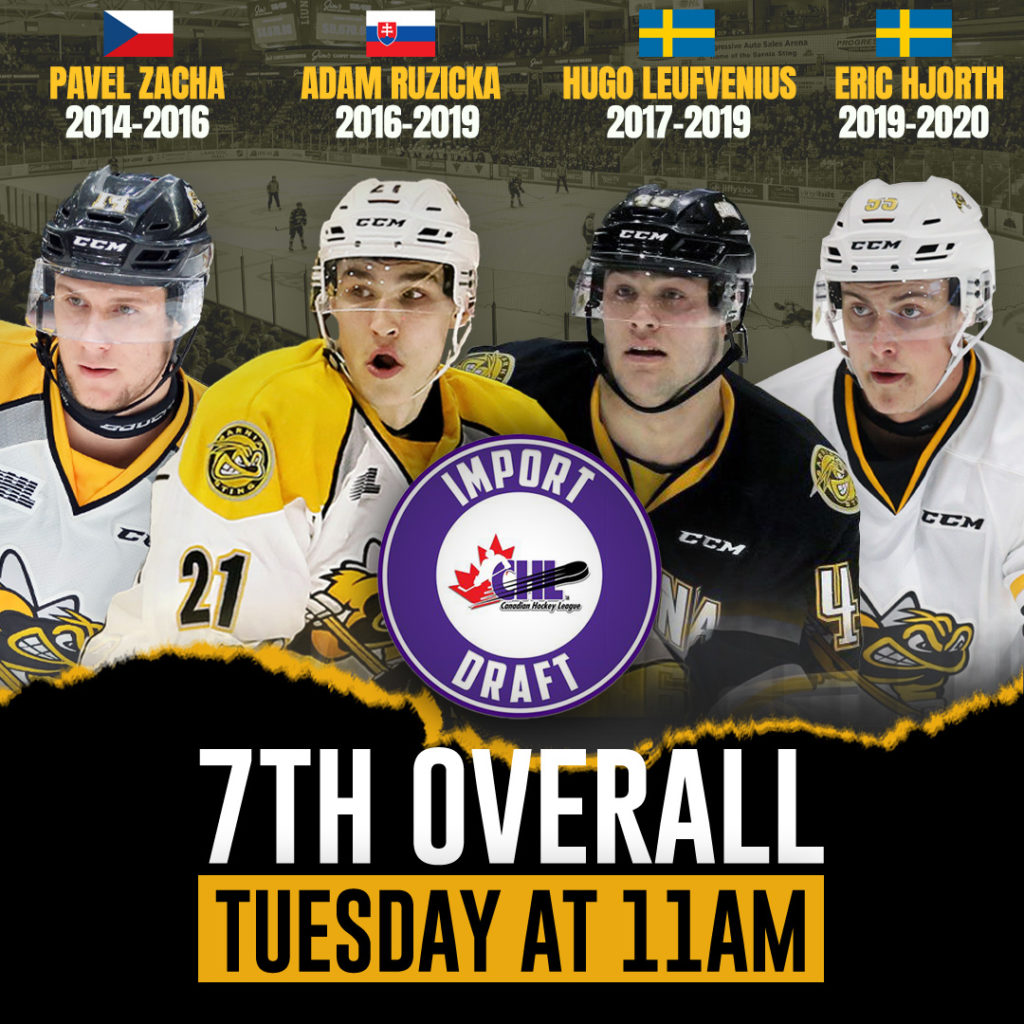 SARNIA, ON- Sarnia Sting General Manager Dylan Seca will look to add an elite talent to the 2020-21 Sarnia Sting lineup as the Canadian Hockey League Import Draft gets underway Tuesday, June 30th at 11 AM EST. The Sting hold the 7th overall selection.

The CHL Import Draft has always been a big day on the calendar for OHL clubs, marking an opportunity to add a player or two who can make an immediate impact in the upcoming season. This year’s selection is set for Tuesday June 30th starting at 11:00am, with pick-by-pick coverage at both chl.ca and ontariohockeyleague.com. It will be a unique edition of the event this year, as CHL clubs will make their selections prior to the NHL Draft taking place.

While some teams have taken the approach of identifying younger international talent to add to their depth chart, others have turned to 19-year-olds who can step in and serve as cornerstones in a contending cause. Teams can also choose to pass on either or both of their import selections if they have returning eligible European players in their lineups. The Sarnia Sting will pass on their 2020 2nd round (67) CHL Import Draft Selection as Swedish defenceman and 2019 first round pick Eric Hjorth (D) will return to the Sting lineup.

The Sting have had success in past years of the CHL Import Draft, with notable names such as Hugo Leufvenius (2017-2019), Adam Ruzicka (2016-2019) & Pavel Zacha (2014-16) all donning the black and yellow in Sarnia. Both Ruzickaand Zacha signed National Hockey League deals while Leufvenius continued his professional hockey career back in Sweden.