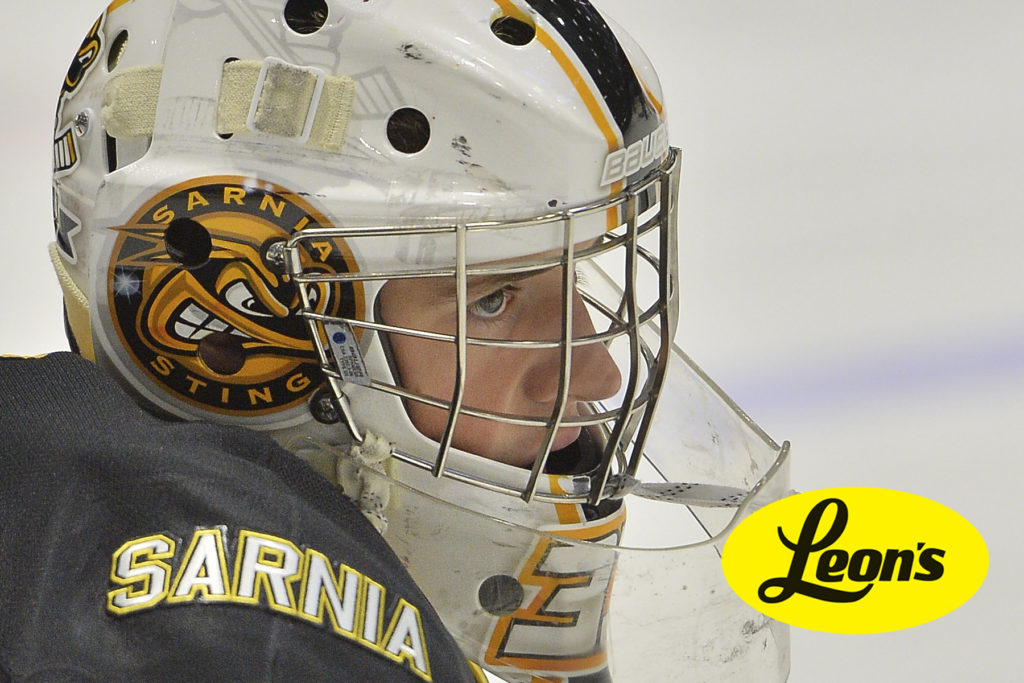 Your Sarnia Sting kicked off a three game road swing on Thursday night as they traveled up to Peterborough to face off against the Petes to play their first and only game in the Peterborough Memorial Centre this season. Both teams enter the game with three game win streaks, which means that something has to give between these two squads in tonight’s highly anticipated contest.

Right from the get go the Sting were ready to play. They quickly gained possession in the Petes’ zone and began firing shots on net. The Sting flurry would lead to an early powerplay opportunity and it was rookie Justin Nolet scoring his first career OHL goal off of a beautiful play. Nolet passed the puck off and drove the net, and Anthony Tabak put the puck right on his stick. Nolet found himself wide open and ripped it over the blocker of Peterborough goaltender Tye Austin.

Justin Nolet with his first OHL goal to put Sarnia up 1-0 over the Petes! #OHL pic.twitter.com/0SMHk0GzMe

After a lengthy delay in the game due to a problem with the ice, the Sting were looking to add to their lead. Jamieson Rees put a shot on net and it was who else but Sean Josling continuing his hot streak; scoring his team leading 9th goal of the season to give the Sting a 2-0 lead.

Near the end of the first frame the Sting were on their second powerplay of the evening, and the 6th best powerplay in the OHL would find the back of the net once again. Brayden Guy tapped in the puck on the Peterborough goal line for his team’s 3rd goal of the game. The three goal lead didn’t last for long however, as Peterborough captain Zach Gallant would score on a powerplay just a minute after Brayden Guy, making this a 3-1 game heading into the middle frame.

The second period would be a lot more calm than the first. The first half of the middle frame didn’t see much happen outside of a couple good chances for the Petes, as rookie Mason McTavish found himself alone in front but Ethan Langevin remained sharp for the Sting.

Ryan McGregor receives a great pass, gets past the defence and scores to put Sarnia ahead 4-1 over the Petes #OHL pic.twitter.com/ptiWgnJTl8

Although their wasn’t much action, this was arguably the best defensive period of the season so far for the Sting. They forced the Petes to play on the outside, and kept the lanes in front of Langevin clear. The start of the season hasn’t been ideal defensively wise but things are starting to click for this Sting team as they were playing great team defense in this one.

As the third and final frame began, the Petes were on a mission to come from behind. From the drop of the puck it was all Peterborough. Thankfully, Ethan Langevin was there to shut the door. He weathered the early Peterborough swarm to keep the 3 goal lead intact. At the 6:52 mark of the period however; Nick Robertson would find the back of the net to cut the Sting lead in two.

On a Peterborough powerplay, Ethan Langevin once again came up huge for his team making key save after key save. Langevin absolutely robbed ex-Sting player Brady Hinz all alone in front with a huge glove save to keep it a 4-2 game. The story of the third had to be the play of the sophomore goaltender as he stood tall, outside of the Robertson goal, and lead his team to victory.

The boys won’t have long to celebrate this victory as the Sting will head to Kingston for some Friday night action against the Frontenacs before heading to Ottawa to play the 67’s on Sunday afternoon. Secure your seats to any upcoming Sarnia Sting home games by calling the Mainstreet Credit Union Sarnia Sting Box Office by calling 519 541 1717 or shop online here.