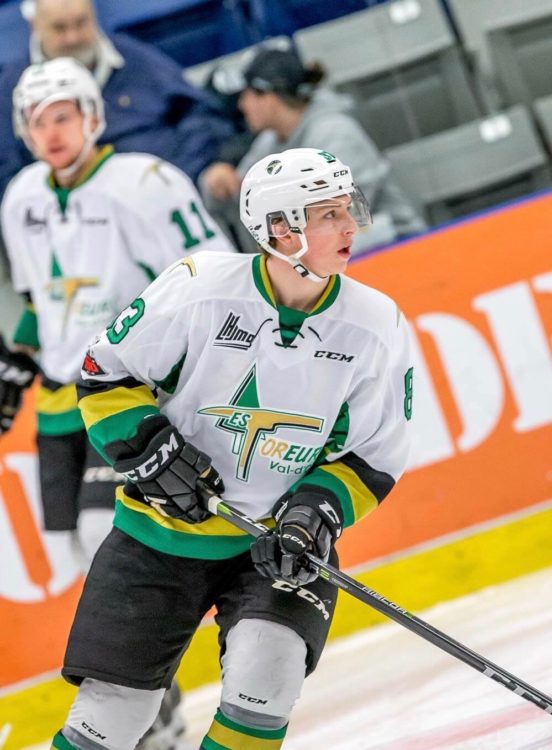 Originally drafted 121st overall by the Sault Ste. Marie Greyhounds in the 2015 OHL Priority Selection. The Peterborough, ON native played 67 games with the Greyhounds before moving to the Quebec Major Junior Hockey League for an opportunity with the Val d’Or Foreurs near the latter half of this past 2017-18 season.

Martin comments on committing to the Sting. “I would like to thank Nick (Sinclair) and the entire Sarnia Sting organization for giving me the opportunity and a fair look at camp. I am very grateful and excited to make the most of this opportunity that the club has given me.”

Martin was able to impress the Sting brass at Training Camp and found the score sheet in both of the first two pre-season contests.

Sinclair comments on todays’ signing “Calvin came into Training Camp having to earn his spot on our team. He was one of our most impactful forwards in our Training Camp scrimmages and through the first two exhibition games. Calvin will bring an element of speed and experience to our lineup and we are excited to add him to our current group.”

You can see Martin back in action when the Sting take on the Windsor Spitfires September 13th & 14tth in a home-&-home to finish the pre-season.