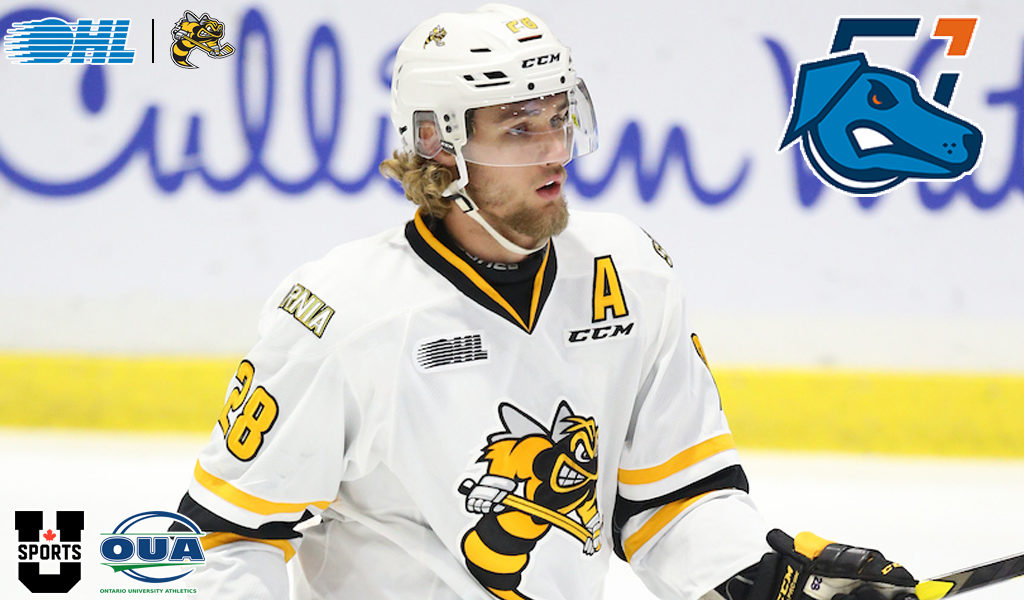 OSHAWA, Ont. – Ontario Tech men’s hockey is pleased to announce Kelton Hatcher as their most recent recruit for the 2021-22 season.

Drafted 69th overall by the Sarnia Sting in the fourth round of the 2015 OHL draft, rhe 6’3, 190-pound defenceman is joining the Ridgebacks from his hometown in Haddonfield, New Jersey.

“I’m excited to be joining the Ridgebacks next season,” said Hatcher. “The top-notch hockey program combined with the shared experience and enthusiasm between the coaching staff made the decision easy. I believe Ontario Tech is the right place for me to excel both on the ice and in the classroom. I can’t wait to get started.”

He played for the Sarnia Sting for the past four seasons, finishing with nine goals and 37 points in 209 regular season games played in the OHL.

“The Sarnia Sting are thrilled for Kelton on his decision to attend Ontario Tech University,” said Sting general manager Dylan Seca. “We applaud his desire to continue playing high level hockey while pursuing post-secondary education. He has been a valuable member of our organization. Kelton was a passionate player, a great teammate and a popular member of the Sting community. We look forward to tracking his successes in U SPORTS.”

Son of former NHL defenceman and current Sarnia Sting coach and owner, Derian Hatcher, Kelton played his overage year with the Sarnia Sting as assistant captain. Two years in row, from 2018-20, he placed second in the OHL coaches’ poll for best body checker in the OHL’s western conference.

“Kelton is a terrific add to our hockey program,” said Ridgebacks’ head coach Curtis Hodgins. “He will bring some more size and physicality to our backend as he plays the game hard and makes it tough on opposition forwards. He will be a great fit alongside the character group of players we have already in the program and we look forward to him donning the Ridgebacks’ jersey as the next step in his hockey and academic path.”

Starting in September, he will be studying commerce.

OHL announces cancellation of the 2020-21 Season, Sting look to big things ahead.
20 hours ago