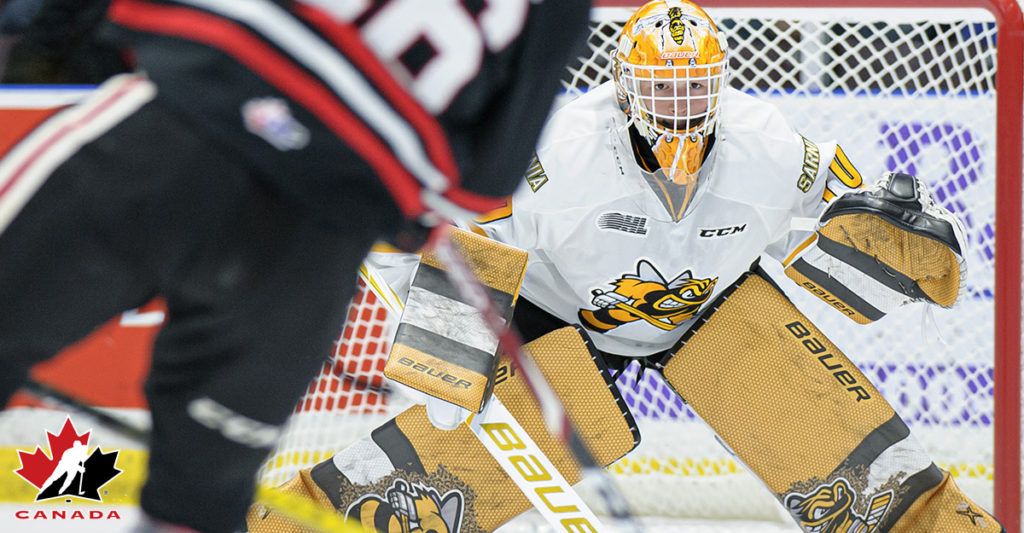 CALGARY, Alta. – Hockey Canada has unveiled the 25 players named to Canada’s National Men’s Under-18 Team for the 2021 IIHF U18 World Championship, April 26-May 6 in Frisco and Plano, Texas. Included in that roster is Sting netminder Benjamin Gaudreau.

“We are excited to announce the 25 players that have been selected to wear the Maple Leaf at the 2021 IIHF U18 World Championship. Despite a difficult year for our players and staff, we are confident this group will represent our country with pride while giving us a chance to compete for a gold medal in Texas,” said Millar. “We are also pleased to have Dave, Mike and Gordie as a part of our coaching staff, and to welcome a number of excellent support staff who bring unique skills to our team. We know the extensive experience of our coaching staff and the dedication of our support staff will greatly benefit our team at the world championship.”

Barr most recently served as an assistant coach with the San Jose Sharks (2017-19). Prior to joining the Sharks, he was an associate coach with the Florida Panthers (2016-17), as well as an assistant coach with the Buffalo Sabres (2015-16), New Jersey Devils (2011-15), Minnesota Wild (2009-11) and Colorado Avalanche (2008-09). Barr spent five seasons (2003-08) as the general manager and head coach of the Guelph Storm of the Ontario Hockey League (OHL), leading the Storm to an OHL championship in 2004. He also held various positions with the Houston Aeros of the American Hockey League (AHL) and International Hockey League (IHL) from 1997-2003, including assistant coach, head coach, director of hockey operations, vice-president, general manager and president. He has represented Canada once as a head coach, leading Canada’s National Men’s Summer Under-18 Team to a gold medal at the 2008 Ivan Hlinka Memorial Tournament.

The support staff that will work with Team Canada at the IIHF U18 World Championship includes:

Prior to travelling to Frisco on April 17, players and staff will self-isolate at home starting April 12 and will be tested for COVID-19 three times. Upon arrival in Texas, all team personnel will enter a four-day quarantine at the hotel before starting a pre-tournament camp on April 21. The team will take on Finland in its lone pre-tournament game on April 24 at 9 p.m. ET/6 p.m. PT.

Canada will open the 2021 IIHF U18 World Championship against Sweden on April 26 at 9 p.m. ET/6 p.m. PT, and will also take on Latvia, Switzerland and Belarus in preliminary-round action. TSN and RDS, the official broadcast partners of Hockey Canada, will broadcast select games throughout the tournament and will announce details at a later date 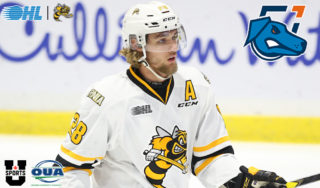