Sting fall to the Steelheads 6-2 in Scrappy Affair 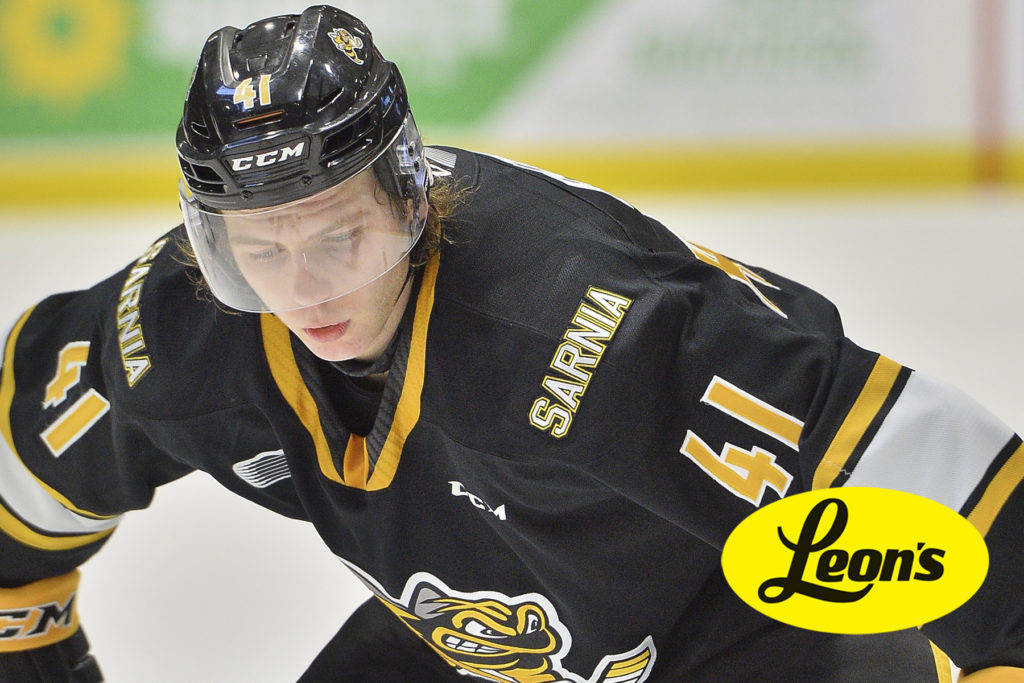 Your Sarnia Sting traveled up to the GTA to face the Mississauga Steelheads for the first time this season in some Friday night action. The Sting have been rolling, as I’m sure you know, having won 10 of their last 11 coming into this game. On the other side of the ice they’ll meet a Steelheads team who has been struggling as of late as they’ve lost their last two games and sit 5-12 on the season.

The Sting didn’t get off to the hot start they’ve become accustomed to over this hot stretch, as Steelheads forward William Portokalis scored his first of the year to give his team the early lead just 3:12 into the contest. Sting goaltender Jordan Kooy had it covered but it Portokalis got a stick on it to deflect it into the Sarnia cage.

Sarnia’s top line would begin generating chances as they look to get back into the game. The always dangerous Jamieson Rees was buzzing in the Mississauga end but Kai Edmonds was on his ‘A’ game and shut the door.

With a powerplay late in the first period, it was Ryan Roth scoring with just 7 seconds left to play to even the game up at one. It was a 5 on 3 man advantage, giving Roth lots of time to walk in and fire it over the shoulder of Edmonds. This goal would give Roth the forward his 100th career OHL point.

The 2nd frame was a tough one for the Sting. It began with a goal on the powerplay from Keean Washkurak to put the Steelheads up 2-1. Sarnia would have trouble staying out of the box in this frame, as Colton Kammerer and Joe Mack would find themselves in the box. Ty Collins scored for the Steelheads to make it a 3-1 game. Not long after the ensuing faceoff, Kelton Hatcher received 5 for fighting and a game misconduct for interference to put the Steelheads on a long powerplay that would carry over into the 3rd.

The Sting did a great job in killing off the aforementioned major penalty to Kelton Hatcher, and would receive a powerplay of their own shortly after they killed it off. A goal was scored, but unfortunately, it wasn’t the Sting who scored it. Keean Washkaruk scored his second of the night, this time shorthanded, to give his team a commanding 4-1 lead.

Just over 8 minutes into the 3rd, it was Jamieson Rees cutting the Steelheads lead in half with a goal from in close. With the goal, Rees extends his point streak to 12 games; having points in every game he’s played since he returned from suspension.

Sarnia would look to build momentum from the Rees goal, but it was too little, too late. Portokalis scored his second of the game and Thomas Harley would add another as the Steelheads ran away with this one late; securing a 6-2 victory.

With a loss the Sting now look forward to Sunday as they’re back on home ice to face off against a strong Ottawa 67’s team in a matinee affair at the Progressive Auto Sales Arena. Secure your seats to any upcoming Sarnia Sting home games by calling the Mainstreet Credit Union Sarnia Sting Box Office by calling 519 541 1717 or shop online here.