Sting Drop a Close Game to the Colts 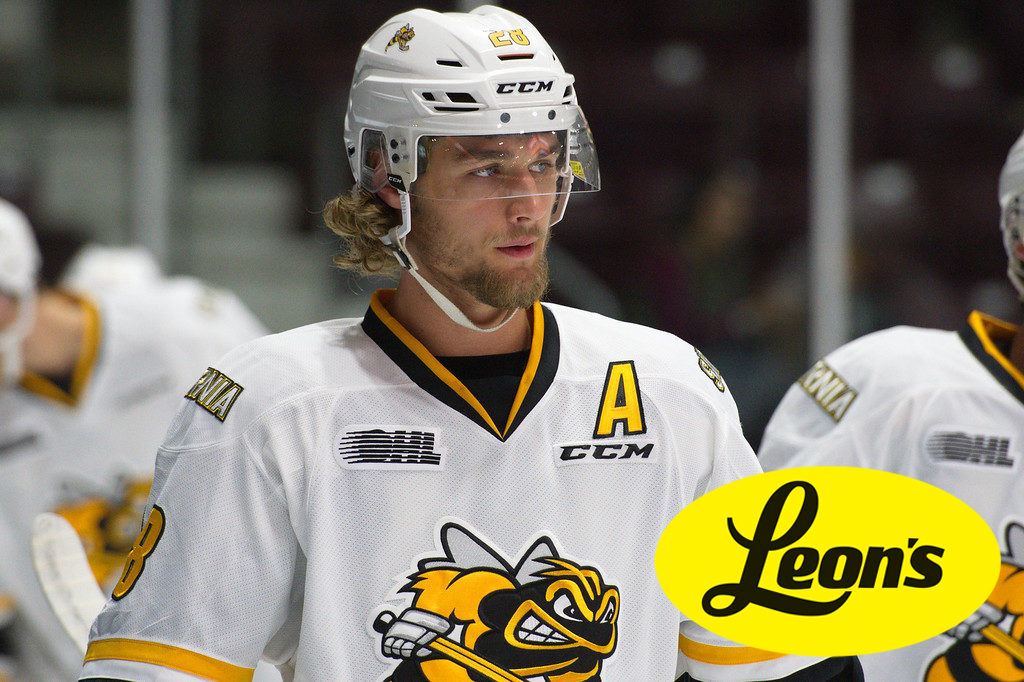 On a cold cloudy night in Sarnia, the Sting entered this Friday night showdown still looking to get into the win column for the first time this season. Their opponents, the visiting Barrie Colts, came into the Progressive Auto Sales Arena looking to maintain their place on top of the Central Division.

Unfortunately for the Sting, it was all Barrie in the first half of the opening frame. The Colts were swarming the Sting crease with chances, at one point out shooting them 7 to nothing. The pressure that Barrie put on would prove to be costly for the Sting as Jacob Frasca jammed a loose puck home to make it a 1-0 game.  After Frasca opened the scoring, the Sting appeared to wake up and began generating chances in Barrie’s end.

The physical play would pick up after a couple of thunderous hits from both teams. After a bunch of rough stuff, it would lead to a powerplay for the Sting where sophomore Jacob Perreault would take advantage and tie the game up at 1. However, just under a minute later after Perreault tied it up, Matej Pekar would score for the Colts to regain the lead.

@JPerreault_44 with a laser on the powerplay to get the boys on the board! #MoreThanAGame pic.twitter.com/TSftjJciyO

In the dying seconds of the 1st frame there was a dangerous open ice hit on Jacob Perreault which saw Riley Piercey sit two minutes for interference. It was this play that really kicked the game into high gear. The physical play came into effect at the start of the 2nd period, with both teams laying the body whenever they could.

The physical play on Barrie’s end would lead to a goal exactly two minutes in to the 2nd, where defenceman Nathan Allenson joined the rush and found twine to extend the Colts’ lead to 3-1. Momentum swings were the story of the 2nd, as just two minutes after the Colts went up 3-1, it was overager Calvin Martin slotting his 3rd goal of the season into the back of the Barrie net to bring the boys within 1.

In the second half of the period the Sting seemed to kick it into high gear with sustained pressure in the Barrie end. It was a goal from Colton Kammerer that tied the game, and then fan favourite Sam “Bitsy” Bitten sniped one home on the powerplay to give the Sting the lead for the first time on the night. Once again though, it was the experienced Barrie squad that responded under a minute later to tie the game up.

As the third began, it was chances galore at both ends of the ice. Exciting back and forth action had the fans in attendance on the edge of their seats. Ethan Langevin came up big for the boys in yellow and white with huge timely saves to keep his team in it. The Sting definitely had their chances, with multiple powerplays in the frame and with multiple high quality scoring chances. It was after killing off a 5 on 3 powerplay where the Colts used that momentum to take the lead late in the 3rd. Buffalo Sabres draft pick Matej Pekar scored the go ahead goal, his second of the game, to put the Colts back on top. The Colts would add a shorthanded empty netter to seal the deal.

This young Sting team came away with the loss tonight, but it was a valuable learning opportunity against one of the more experienced teams in the Ontario Hockey League. At many points in this contest, it felt like the Sting were dominant and were really bringing their ‘A’ game, unfortunately they just couldn’t find the back of the net in the final frame.

The boys will look to redeem themselves with a win right back at The Hive on Sunday afternoon as the defending OHL Champion Guelph Storm come to town. Secure your seats to any upcoming Sarnia Sting home games by calling the Mainstreet Credit Union Sarnia Sting Box Office by calling 519 541 1717 or shop online here.