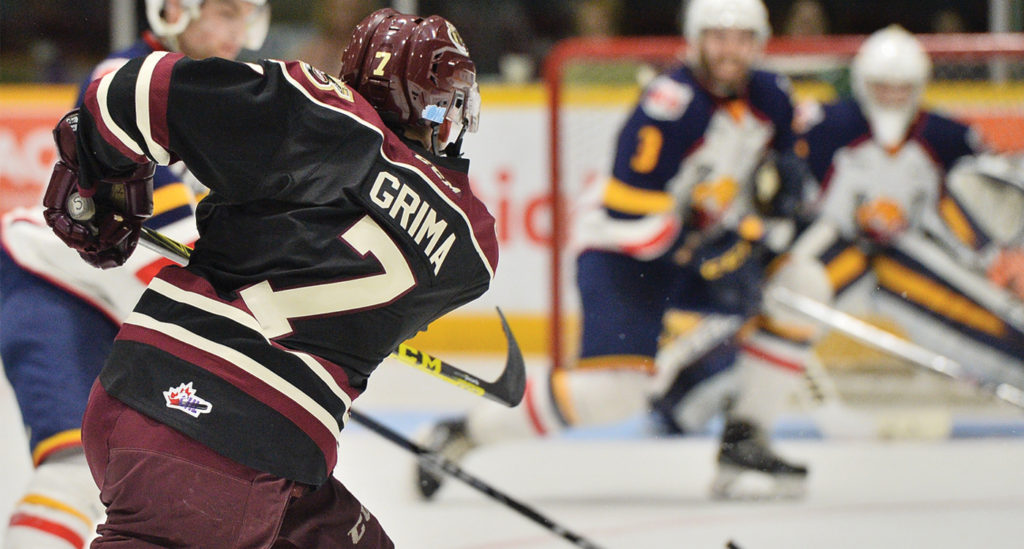 Nick Grima, who was originally chosen 25th overall (second round) in the 2015 OHL Priority Selection, has managed 15 points (2G, 13A) in 28 contests as a member of the Petes back-end this season. The right-shot defenceman was a member of the Toronto Titans Minor Midget Kraft Cup Championship team in 2014/15. NHL Central Scouting has the 5’11”, 196 lb d-man listed as a C-rated prospect (Indicates a 4th/5th/6th round candidate) for the upcoming NHL Entry Draft.

Sinclair comments “As an organization, we would like to thank Nikita and Alex for their time in Sarnia. They have both been a big part of our team for the last few years and we wish them nothing but the best of luck with the Petes. At the same time, we’re happy to welcome Nick to the Hockey Club and look forward to him being a part of our team moving forward.”

Grima is expected to make his Sarnia Sting debut on Sunday afternoon at the Progressive Auto Sales Arena when the Sting play host to the visiting London Knights.