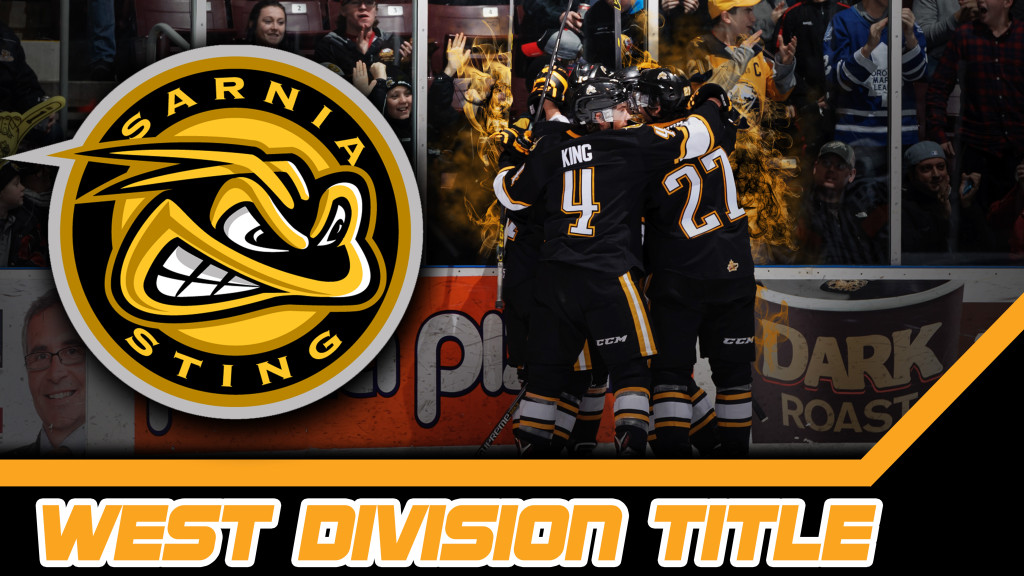 The Sarnia Sting skated away with a 7-1 win over the Guelph Storm on Tuesday night, clinching the club’s first Division Title since the 2003/04 season.

The Division title means that the Sting will be the #2 seed in the Western Conference come playoff time, and secures home ice advantage for at least the first two rounds of the post-season. With 3 games remaining in the regular season, the Sting are now 40-18-5-2 on the year; just a single win away from the franchise record set back in 2002/03.

Matt Mistele netted a hat-trick for the Sting while adding a single assist to earn himself first star honours. Nikita Korostelev was named the game’s second star, potting two highlight reel goals in the middle stanza. With a goal and three assists, draft-eligible forward Jordan Kyrou was the third star of the game.

Mistele (30) opened the scoring at 2:43 of the opening period, off the Jordan Kyrou faceoff win. The Sting would carry a 1-0 lead into the first intermission – outshooting the Storm 13-6 in the Stanza.

It wasn’t until the midway point of the second frame that the Sting would increase their margin. Nikita Korostelev netted his first of two pretty goals at 9:16.

Pavel Zacha would score at 12:54 to make it 3-0 Sting, with Alex Black and Travis Konecny drawing the assists.

Burghardt got the Storm on the board at 17:01 of the second period, only to have Korostelev regain the 3 goal lead :26 later. Josh Jacobs and Matt Mistele were credited with the assists on Korostelev’s second of the night and 22nd of the season.

It was all Sarnia in the final stanza as the club score three unanswered – Mistele (2), Kyrou – to round out the scoring and secure the West Division Title.

Pending results from this weekend, the Sting will either meet the Soo Greyhounds or the Owen Sound Attack in the first round of the 2016 playoffs. Before that, the Sting are home to the Windsor Spitfires on Sunday night to close out the Regular Season. Puck drop is set for 7:05 PM.

Note: Eric Ethridge will be playing a benefit show in Legends Tap & Restaurant in support of Noelle’s Gift following the game on Sunday. 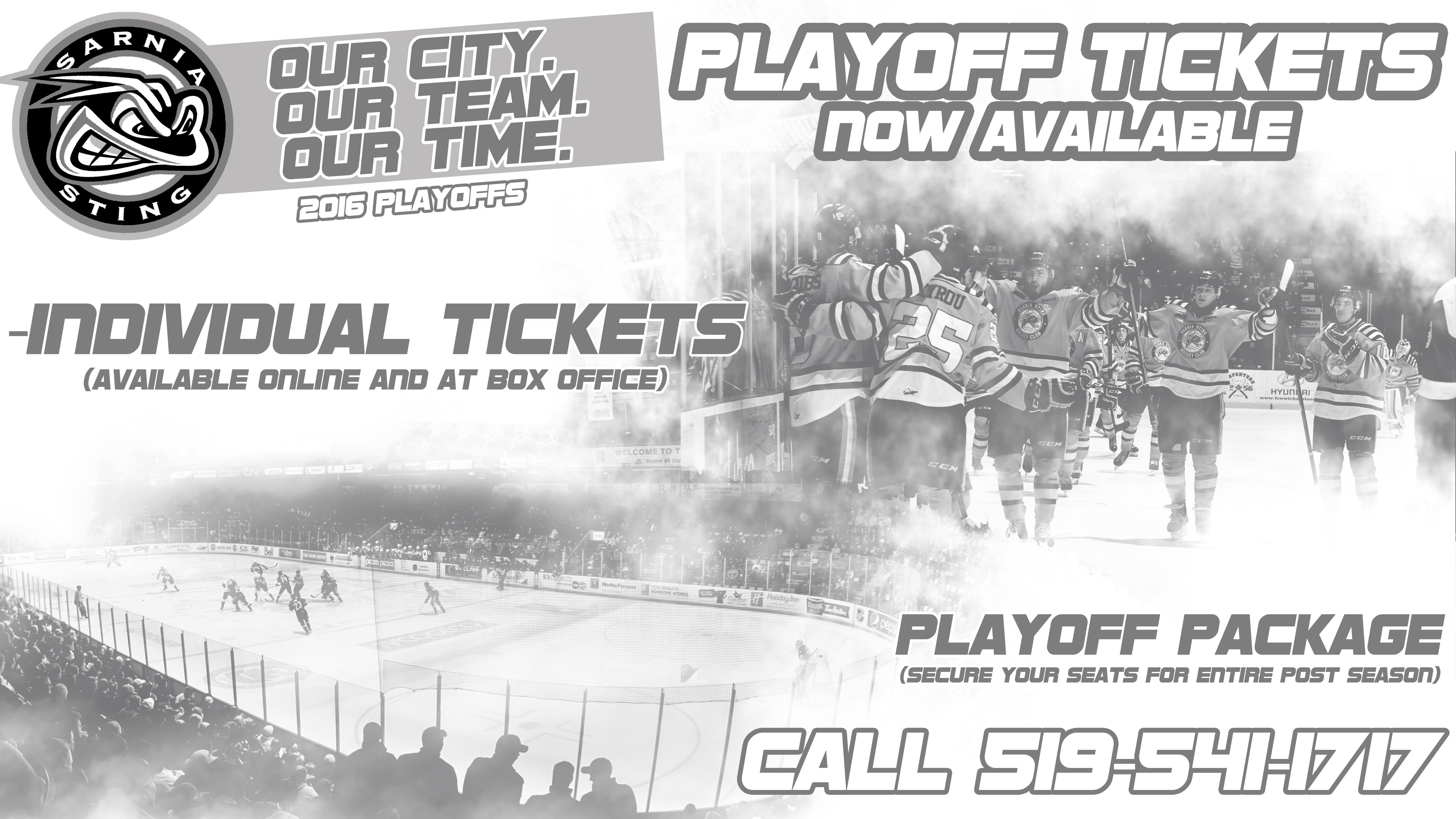