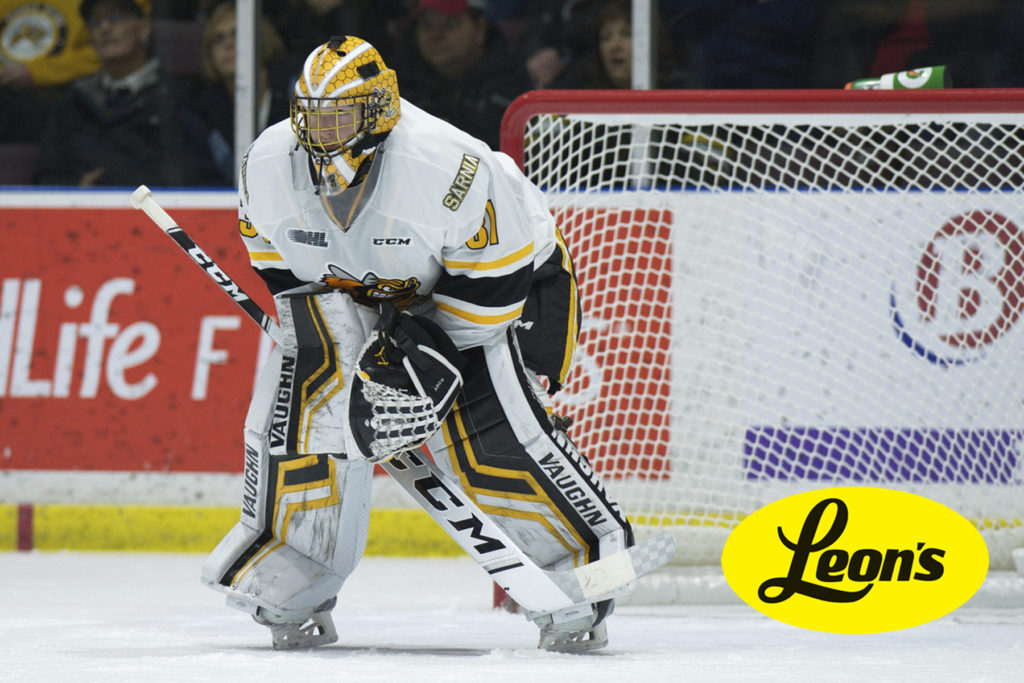 The Sarnia Sting finished off their three game weekend in Saginaw this evening as we faced the Spirit for the fourth time this season. The boys were hoping to bounce back from their loss Saturday night to the Sault Ste. Marie Greyhounds and beat the Spirit for the first time this season. The last matchup between Sarnia and Saginaw saw the Sting lose a tough battle in overtime.

Jordan Kooy got the start in net, his first game back since November 17th. The game started off pretty even at this point, both teams getting equal chances at both ends but neither side was able to find the back of the net in the early going. Just before the first period would come to an end it was Jacob Perreault sneaking one over the shoulder of Marshall Frappier to make it a 1-0 game with two minutes left in the first. However; we would not leave the first with the lead as forward Cole Perfetti would find the back of the net just 30 seconds after Perreault’s goal to tie the game.

After some words between Jacob Perreault and Danny Katic, we would see both in the box for unsportsmanlike conduct to start the 2nd period. After battles in front of both nets, it would be Saginaw’s Cole Coskey beating Jordan Kooy to put his team ahead 2-1. Things started to get heated as Mason Millman will head to the box for roughing after taking Jacob Perreault to the ice behind the Saginaw net.

Minutes later defenceman Mitchell Smith would find himself alone in the slot and put one up top, giving the Spirit a two goal lead. Sarnia would start to become frustrated as Kelton Hatcher would sit in the box next as he clips Coskey with an elbow. As the 2nd period comes to an end, Saginaw showed no sign of slowing down as forward Ethan Cardwell finds a bouncing rebound and makes it a 4-1 game with only 20 seconds remaining.

The Sting start the 3rd period with hopes to come back and get the ever so crucial two points in the standings. The Spirit had other plans however, as Dalton Duhart found the back of the net just two minutes into the third period to put the Spirit up 5-1.

Although being down so late into the game, Sarnia would not give up as Ryan McGregor would get a break and beat Frappier to make it 5-2. Saginaw would then find themselves back in the penalty box as Damien Giroux would get two for tripping. Sarnia took advantage of this powerplay, dominating in the Spirit end. Just as the penalty expired it would be Jacob Perreault ripping one up top for his second of the night. It would be too little too late for the Sting as they would drop this contest by a final of 5-3 in favour of the Spirit.

The boys will be back in action at home this Friday as we take on the Oshawa Generals for only the 2nd time this season, our last meeting saw the Sting dominate in a 9-5 win. The Sting are hoping to come back from this tough weekend and get back into the win column. Secure your seats to any upcoming Sarnia Sting home games by calling the Mainstreet Credit Union Sarnia Sting Box Office by calling 519-541-1717 or shop online here. 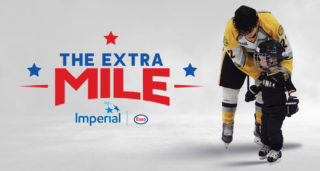 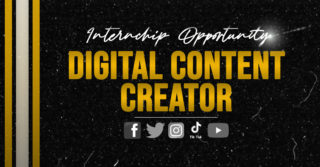 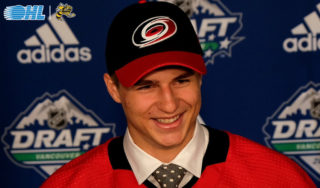 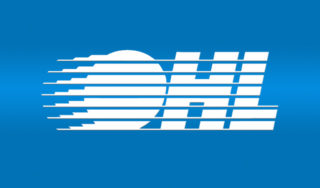 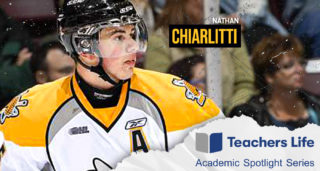 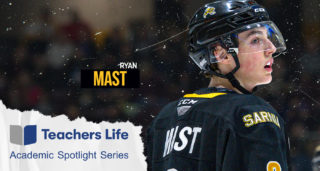