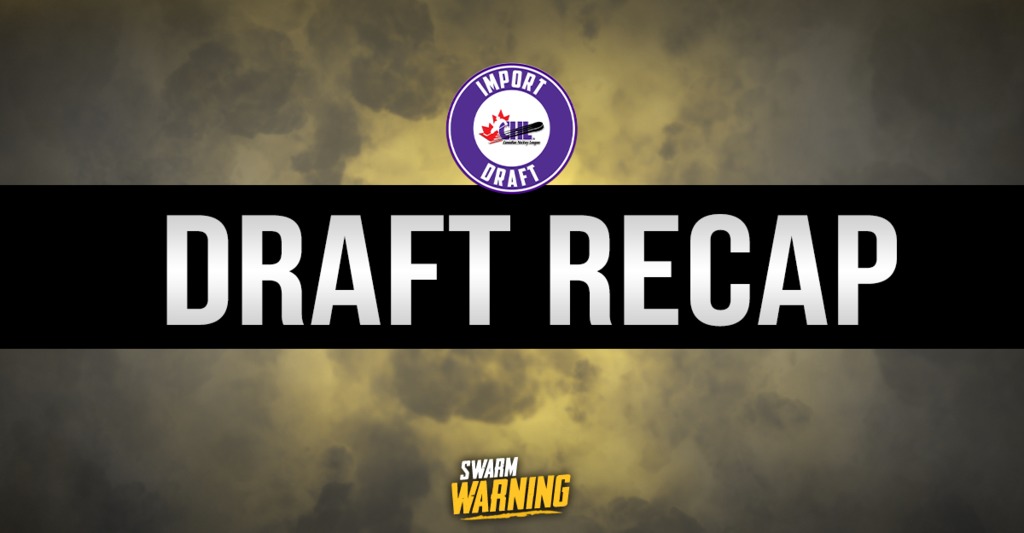 Introduced in 1992, the CHL Import Draft was created to allow CHL clubs to select eligible players residing outside of Canada and the United States. In this year’s Import Draft the Sting held the 14th and 74th overall selections.

General Manager Dylan Seca used the Sting’s first-round pick to select 18-year-old left shooting winger Sandis Vilmanis from the Luleå HF U20 team in the Swedish J20 Nationell League. Through 40 regular season games played, the 6’1”, 194-pound native of Riga, Latvia tallied 18 goals and 14 assists for a total of 32 points. Vilmanis also represented Latvia in multiple international tournaments this season. In the 2022 U18 World Hockey Championship, the winger served as an assistant caption and tallied two assists and a goal through four games played and at the U20 level, Vilmanis recorded three points through 5 games played en route to a silver medal finish in the Division 1 World Championship.

With the 14th overall pick in the 2022 #CHLImportDraft, we are excited to select Sandis Vilmanis from the Luleå HF J20 team!

On selecting the Forward, Seca commented:

“Sandis was a player we did quite a bit of homework on throughout the year heading into this draft. He is a big, talented kid with a great shot and a ton of upside who we know is excited to play in Sarnia.”

With the Sting’s second-round selection, Seca then added right-shooting defenceman David Reinbacher. The 6’2, 187-pound native of Hohenems, Austria spent the 2021-22 season between Kloten’s Swiss Elite Junior League U20 team and their Swiss League club. At the U20 level, the strong skating defenceman tallied 9 goals and 13 assists through 23 games of action while he recorded a goal and 11 assists in 27 games played in the Swiss League.

With our second round pick in the #CHLImportDraft, we are proud to select Defenceman David Reinbacher from EHC Kloten!#SwarmWarning🐝 pic.twitter.com/QLCKbspRaz

“Reinbacher is a smooth skating and intelligent puck moving defenceman that we watched throughout the Winter. As a 17-year-old, we believe he will be a relatively high pick when he becomes eligible for the NHL Entry Draft next year, but he’s also someone we’ll have to work on over the next year to try to convince him to come play in the OHL.” commented Seca after selecting the defenceman.

The CHL Import Draft marked the final of three Drafts the Sting participated in this spring, including the 2022 Ontario Hockey League U16 and U18 Priority Selections. In total, 21 names have been added to the Sarnia Sting organization. The Sting look forward to opening Training Camp in late August as part of preparations for the 2022-23 OHL season, set to start on Friday, September 30th when the Sting head to the Kitchener Memorial Auditorium to take on the Rangers at 7:30pm.