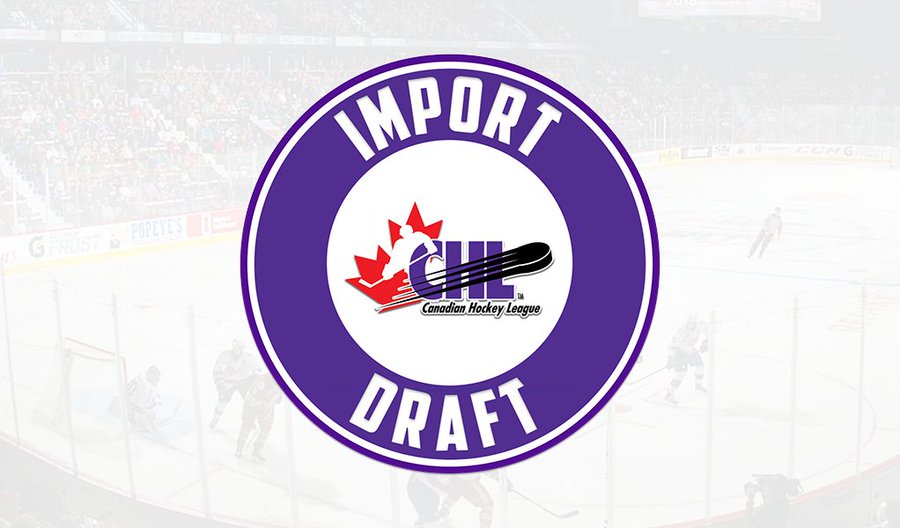 Sarnia, ON. –  The Sarnia Sting Hockey Club made two selections in the 2021 Canadian Hockey League Import Draft on Wednesday morning.

The Sarnia Sting held the 24th– and 99th-overall picks in this year’s Canadian Hockey League Import Draft. The selection order for Ontario Hockey League teams was determined using the reversed results of the first-ever OHL Draft Lottery, held on May 5, which set the OHL Priority Selection draft order. Introduced in 1992, the CHL Import Draft was created to allow CHL clubs to select eligible players residing outside of Canada and the United States.

General Manager Dylan Seca used the Sting’s first-round pick to select 2004-born left-shooting Defenceman Andrei Malyavin from the Loco-Junior Yaroslavl Jr.B team. The 5’10”, 143-pound native of Voronezh, Russia spent the 2019-20 season playing with the Lokomotiv-2004 Yaroslavl U16 team, with whom he recorded 3 goals and 18 assists for 21 points in 24 games. During the same season, Malyavin also suited-up for his country at the Youth Olympic Games where he recorded an assist and a +9 rating in 4 games on route to a gold medal finish.

With the 24th overall selection in the 2021 #CHLImportDraft, we are excited to select Andrei Malyavin from the Loco-Junior Yaroslavl Jr. B team!

“Malyavin was a player we had targeted going into the draft. He is a smooth skating, intelligent puck mover who defends well and loves to have the puck. We see tremendous upside in his game.” Comments the Sting General Manager on the Russian selection.

With the Sting’s second-round selection, Seca then added Sollentuna, Sweden native Marcus Limpar Lantz. The 5’11.5” 18-year-old Centreman from Orebro HK J18E split the 2019-20 Season between Orebro’s U18 and U20 teams. In 23 games at the U18 level, right-shooting Limpar Lantz scored 11 goals and 17 assists in 23 games. At the U20 level, Limpar still demonstrated his potential as a then 16-year-old as he recorded 3 points in 17 games.

With our second-round pick in the #CHLImportDraft, we are pleased to select Centreman Marcus Limpar Lantz from Orevro HK J18E!

Seca comments on his final selection in the 2021 Import Draft.

“With our second pick, we see a skilled player who we are uncertain of his plans for the 2021-22 season. This is a player we will have some discussions with and see where it goes. We are committed to Alex Geci, our first-round pick from the 2020 import selection, who has both skills, smarts, and big upside. We are excited to see him in September.”

The CHL Import Draft marked the final of three Drafts the Sting participated in this spring, including the 2021 OHL U16 and U18 Priority Selections. In total, 21 names have been added to the Sarnia Sting organization. The Sting look forward to opening Training Camp in early September as part of preparations for the 2021-22 OHL season, set to start on October 7, 2021, when the Sting visit the Windsor Spitfires at 7:30pm.

You can find all relevant Sarnia Sting Draft information and history at Sting Draft Central.