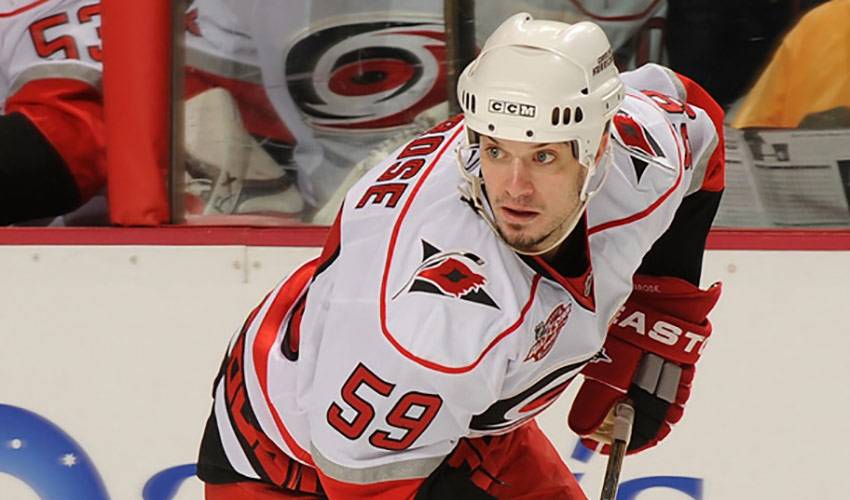 LaRose joins the Sting staff after a twelve-year professional hockey career that included 508 National Hockey League games with the Carolina Hurricanes, as well as a Stanley Cup Championship in 2005. LaRose, also an OHL alumnus, was a standout junior player for the Plymouth Whalers between 2000 & 2003 that saw him record an impressive 201 points (111 goals, 90 assists) in 152 games.

“I am extremely excited to have the chance to work with Dylan and the entire Sarnia Sting organization. Ever since I have retired, I wanted to get back into the Ontario Hockey League. This is an opportunity for me to work with some of the best players in the world and our ultimate goal is to have the best talent playing in Sarnia, in front of our fans. I cannot wait to get started and look forward to meeting everyone.” Comments LaRose on joining the Sting.

The Fraser, MI native will be responsible for identifying, reporting on, and assisting with the recruitment of top U16 and junior talent in the United States. General Manager Dylan Seca comments on adding LeRose:

“We are thrilled for Chad to join our current scouting group. He is another excellent hockey mind, who again has the experience at many levels of junior and professional hockey. He is very connected at all levels and has played in both the USHL and Ontario Hockey League. We feel Chad will be a great tool in identifying U.S. talent and in our recruiting process, we welcome him to the Sarnia Sting organization.”

Multimedia: A Day in the Life of Chad LaRose with the Carolina Hurricanes (NHL Network 2011)

In addition to adding LaRose, Seca announces the positions of the rest of the 2020-21 Sting Scouting Staff.

Kyle Craner, will be promoted to Director of Player Personnel. While Mark Filippone & Mike Neely will also receive expanded responsibilities for the Scouting Staff. In addition, Ryan Stacey, Cole Crane & Peter Stepanis will return in their roles, while Nathan Hisko is welcomed as a new member to the scouting team.

“I am very excited with this group moving into the 2020-21 season. Each member of our Scouting Staff brings a unique skill set and perspective to the table while all have the work ethic, passion, and dedication to properly execute their roles. We have the right people in place to best prepare us for, the U16 Priority Selection, U18 Priority Selection, as well as recruitment through Free Agency. I look forward to getting started with this group.” Comments Seca.