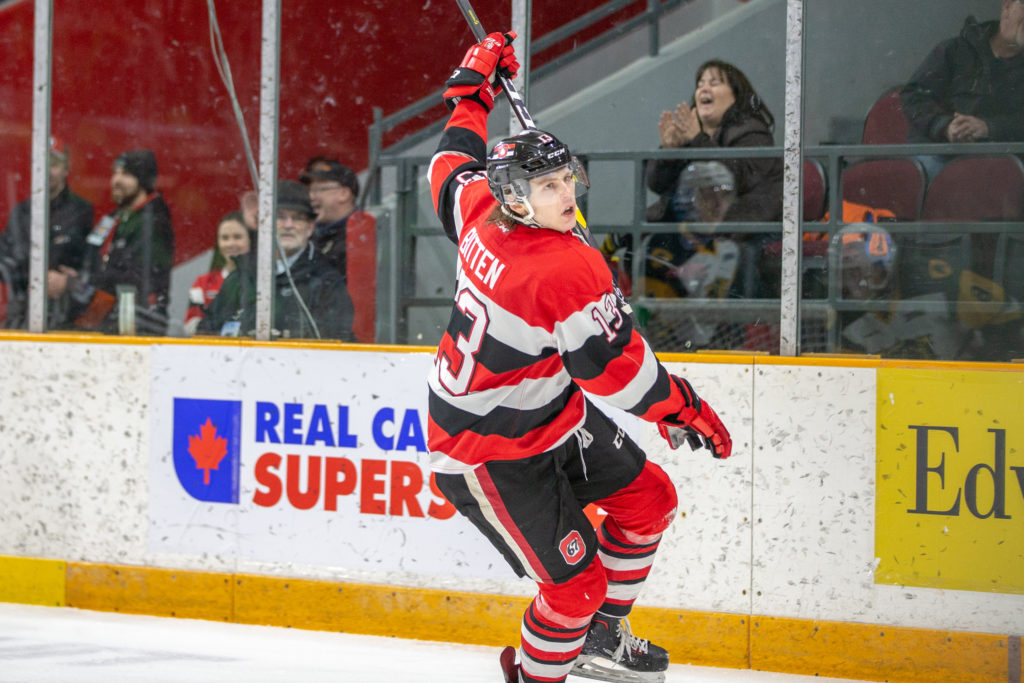 Originally selected 92nd overall by the 67’s in the 2016 OHL Priority Selection, Bitten joins the Sting entering his fourth Ontario Hockey League Season. In 150 career OHL games the Gloucester, Ontario native has combined for 22 goals and 59 points as well as 25 games of playoff experience which included a run to the Ontario Hockey League Championship series with the 67’s this past season.

Sinclair comments on today’s acquisition, “We are very excited to be able add Sam to our current group today. He brings many intangibles both on and off the ice that will be a big benefit as we move forward into this season. His character, experience and the way he approaches the game on a day-to-day basis will be instrumental with our club, while his strong two-way game, versatility and ability to play in many key situations gives us an added element to our lineup.”

You can see the newest Sarnia Sting acquisition as well as current and prospective members of the Sting when Training Camp opens August 26th at the Progressive Auto Sales Arena. Click here for complete Training Camp details.