Sting Add Defensive Experience in Deal with the Sudbury Wolves 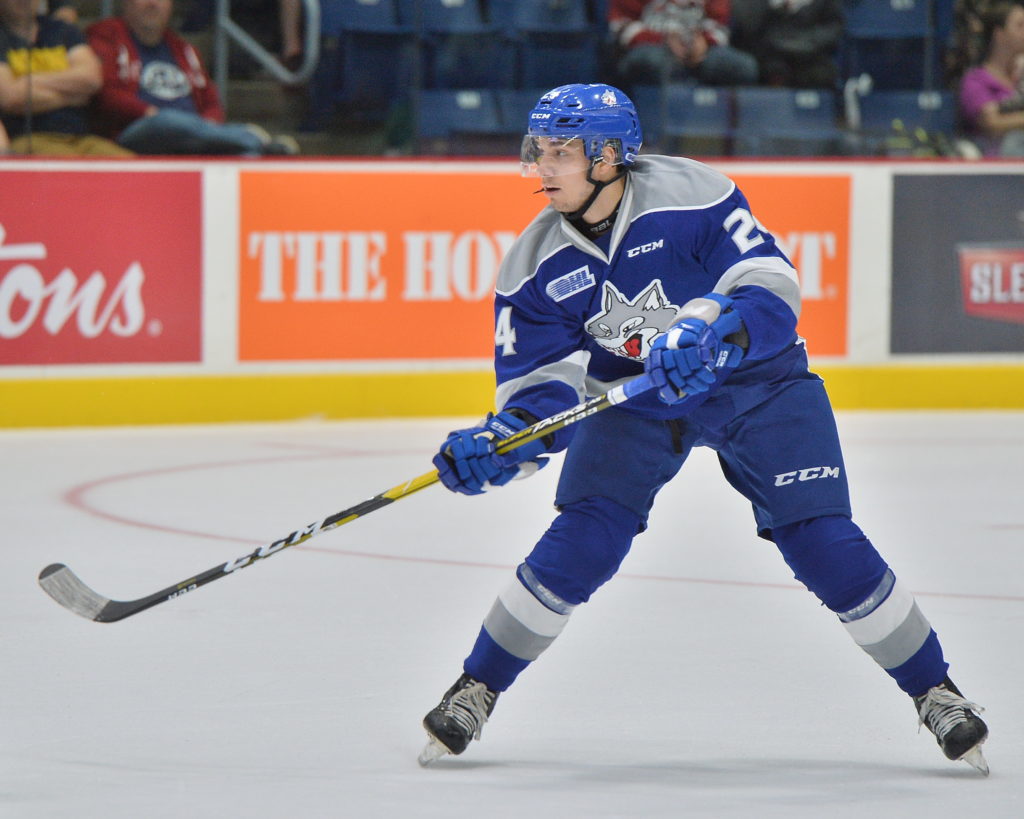 A former first round selection of the Ottawa 67’s, Stratis is currently in his fourth Ontario Hockey League campaign. In 207 OHL contests, the 6.00 , 187 lbs rearguard has combined 65 points and 125 penalty minutes.

In exchange the Wolves receive a fourth-round pick (BAR) in the 2021 OHL Priority Selection.

“With today’s addition of Peter to our club, we are adding an experienced defenseman that can play in multiple situations and greatly helps strengthen the backend of our team. Peter’s versatility, and ability to move pucks up the ice efficiently will be a great fit with our group and we look forward to seeing him in the lineup.” Comments Sinclair on today’s acquisition.

You can see Stratis in Sting black and gold when the Sting kick off their 3 in 3 vs the Oshawa Generals Friday night at the Progressive Auto Sales Arena.