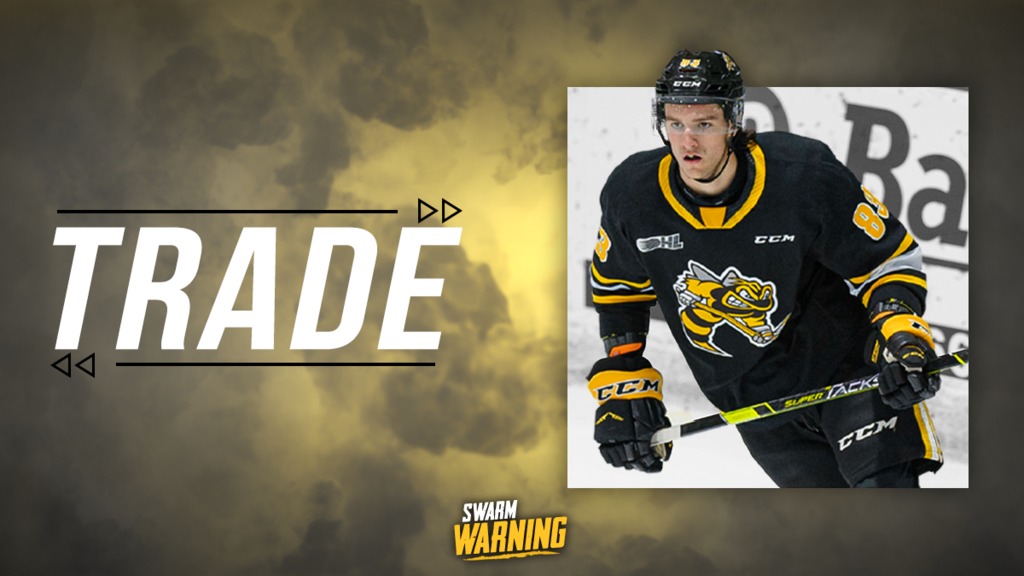 Sarnia Sting General Manager Dylan Seca announced this afternoon that the Hockey Club has acquired a 2nd and a 4th round pick in the 2023 Ontario Hockey League (OHL) Priority Selection from the Guelph Storm in exchange for defenceman Chandler Romeo and a 2nd round pick in 2026.

Romeo, a 19-year-old left-shooting defenceman from Cambridge, Ontario, was acquired by the Sting last January in a deal with the Hamilton Bulldogs. The 6’5” Ottawa Senators prospect has tallied 3 goals and 20 assists through 81 career OHL games played, including 63 appearances in a Sting uniform.

On the trade Seca comments:

“Over the last year, Chandler has been a valuable member of our organization. When a team in our League came calling wanting to add him to their group, we saw the opportunity to give Chandler the chance to play more significant minutes and for us to add some additional picks in this spring’s draft. We would like to wish Chandler all the best with the Storm.”

The Sting are set for an Eastern Conference road swing this weekend. The club will travel to Peterborough on Thursday to take on the Petes at 7:05pm before making stops in Kingston for a matchup with the Frontenacs on Friday and Ottawa to face the 67’s on Sunday afternoon.