Sting Acquire Picks from Barrie Colts in Exchange for Thornton 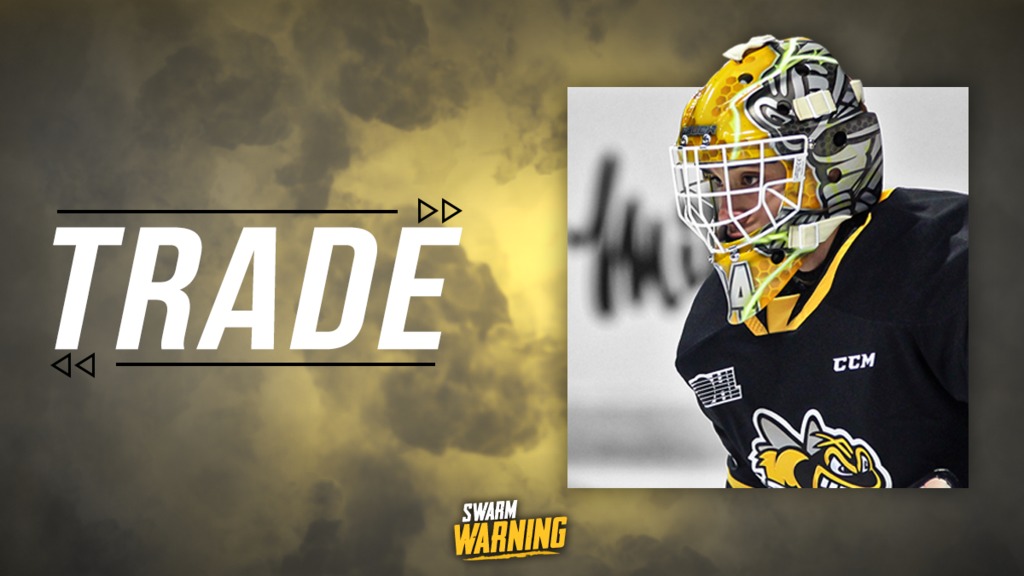 Sarnia Sting General Manager Dylan Seca announced this morning that the Hockey Club has acquired Flint’s 2023 2nd round selection, Niagara’s 2024 3rd round pick and Barrie’s 2026 5th round pick from the Colts in exchange for Goaltender Anson Thornton and a conditional 5th round pick in the 2026 Ontario Hockey League (OHL) Priority Selection.

Thornton, a native of Maple, Ontario, was selected by the Sting with the Club’s 3rd overall pick in the 2020 OHL Under-18 Priority Selection. Through 26 regular season appearances during the 2021-22 regular season, his first in the OHL, the 6’4” Arizona Coyotes prospect posted a .883 save percentage, a goals against average of 4.06, and recorded his first career OHL shutout.

“We were excited to add Anson to our group out of the U18 Priority Selection, and we’ve seen his development since then skyrocket. Not only is Anson a skilled goaltender but he’s also a great person and well-respected teammate. For those reasons this was a really difficult trade to make. However, with Ben Gaudreau’s emergence as a world class goaltender this was unfortunately the inevitable conclusion. The return is great for our organization as we look to stock the cupboards with draft picks. We wish Anson and his family all the best and thank him for his contributions to our team.”

A talented goaltender and great teammate. Thank you, Anson!

Best of luck in Barrie! pic.twitter.com/UE4iSjszsn