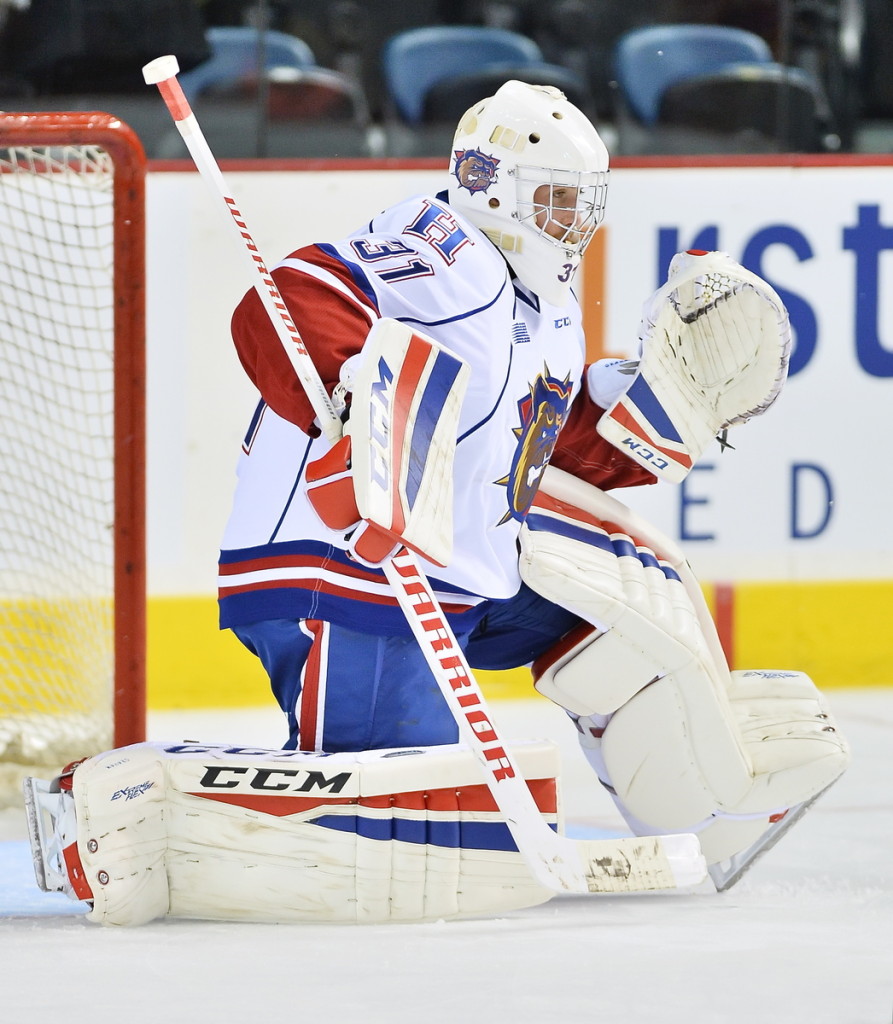 SARNIA, ON – Sarnia Sting GM, Nick Sinclair announced that the Hockey Club has acquired overage G Charlie Graham from the Hamilton Bulldogs. In exchange, the Bulldogs will get 98-born goaltender, Kaden Fulcher.

Graham was originally drafted by the Belleville Bulls in the 7th round of the 2011 OHL Priority Selection. In 5 OHL seasons, the Toronto native has played in 169 contests, sporting a .906 career save-percentage.

Sting General Manager, Nick Sinclair comments on the addition, “This is a move that we made to really solidify our current goaltending situation. Justin Fazio has been strong in goal for us thus far, and we feel that the addition of Charlie gives us one of, if not the best ‘one-two punches’ in the league when it comes to the goaltending position. He’s a guy who’s been around the league for 5 seasons, and has proven that he’s more than capable of stealing games for his club.”

Sinclair adds, “We feel that Kaden has a very bright future in this league and beyond. He’s going to have a chance to play more regularly with the Bulldogs, and continue his development as an OHL goaltender. He’s a tremendous young man and we wish him nothing but the best going forward.”

Graham will join the Sting lineup, along with Travis Konecny and Sam Studnicka, on Friday night at the SSEC when the Sarnia Sting take on the visiting Owen Sound Attack.