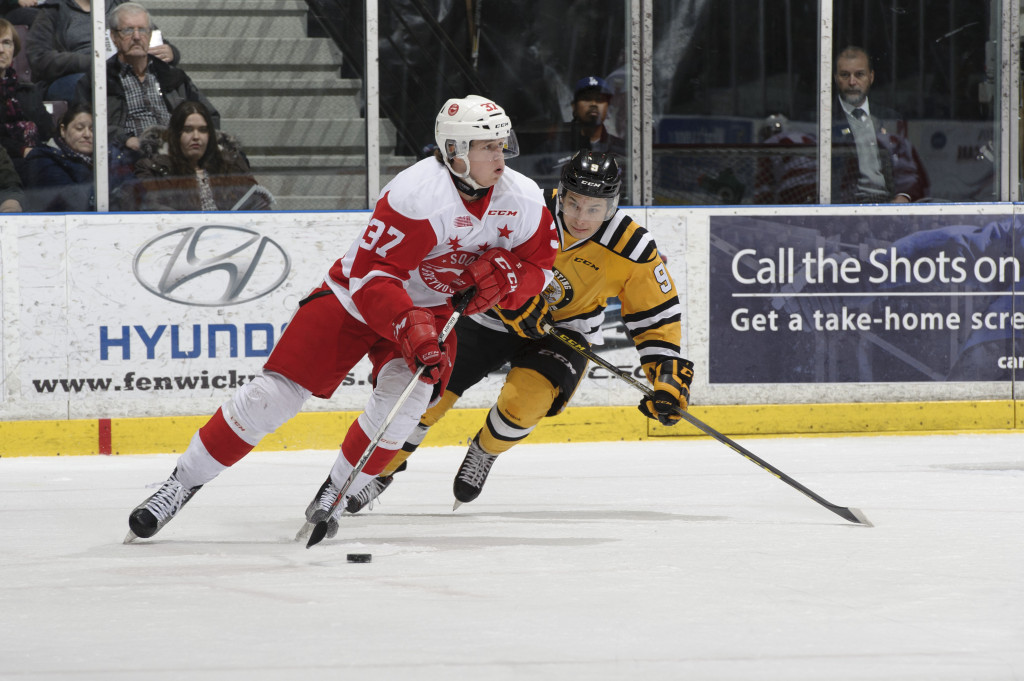 It took 87:24 to decide a winner, but the Sting fell by a score of 3-2 in Game 4 of the Western Conference Quarter-finals on Thursday night. Gabe Guertler had the winner in a double-OT battle, cashing in on the Greyhounds’ seventh powerplay of the game, and third in extra time.

The Sting outshot their counterparts 42-32 and now head back to the SSEC trailing 3-1 in the Series.

Blake Speers opened the scoring for Sault Ste. Marie at 8:01 of the first period. Matt Mistele responded just 2:50 later with his 5th of the post-season. His third goal in the last two nights was assisted by Kevin Spinozzi and Josh Jacobs.

The Sting would jump ahead 2-1 at 13:58 of the second period as Pavel Zacha scored his second in as many nights. The rebound goal was assisted by Matt Mistele and Jeff King.

Colton White would tie the game for the Hounds midway through the third period – sending the contest to extra time. Blake Speers and Zachary Senyshyn drew the assists.

Overtime featured back and forth action before Guertler capitalized on a double-overtime powerplay to give the Hounds’ the 3-2 decision.