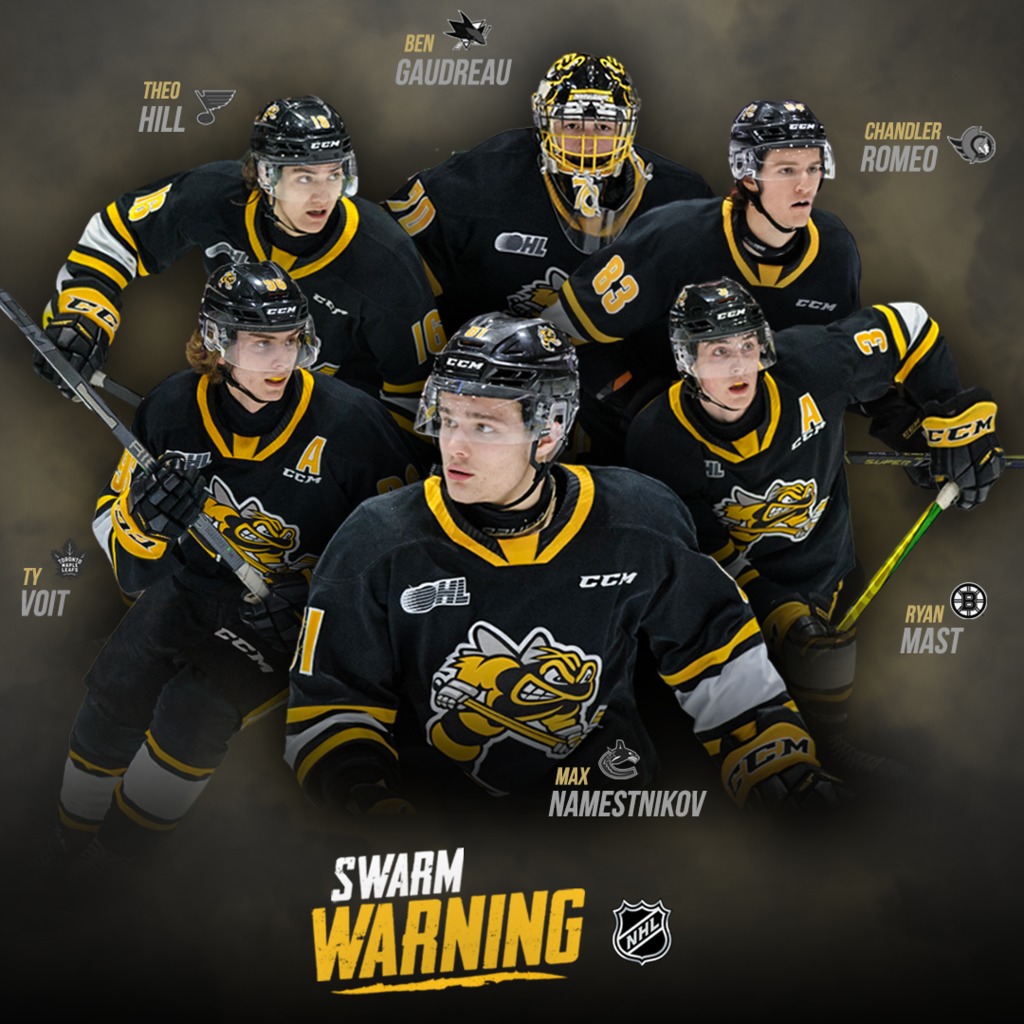 The Sarnia Sting Hockey Club is proud to announce we will be sending 6 active players to NHL Development Camps this summer. These players include; Ty Voit to the Toronto Maple Leafs, Chandler Romeo to the Ottawa Senators, Ben Gaudreau to the San Jose Sharks, Ryan Mast to the Boston Bruins, Theo Hill (FA) to the St. Louis Blues and Max Namestnikov (FA) to the Vancouver Canucks.

Catch these players and the rest of your Sarnia Sting in action this season! Check out the 2022-2023 schedule and be sure to secure your season tickets soon! Fans will have until July 29, 2022 to renew their tickets before they will be available for purchase by the general public.

The @FlaPanthers have selected Sandis Vilmanis 157th overall in the #NHLDraft!

Standing at 6’1”, 194-pounds, Vilmanis was selected in the 5th round, 157th overall by the 2022 Presidents’ Trophy winning Florida Panthers. This past season, the native of Riga, Latvia saw a significant jump in his stats as he tallied 18 goals and 14 assists through 40 regular season games played with the Luleå HF J20 team in Sweden, a level of production that was strong enough to place him tied for first on the team in goals, first in plus/minus, and third in points. Vilmanis also represented Latvia in multiple international tournaments this season where he recorded three goals and three assists through nine games played

“Friday was an exciting day for Sandis and his family. The Florida Panthers are a team with an excellent development program. We are finalizing the agreement that will bring him to Sarnia and look forward to welcoming him to the city.”

Defenceman Seamus Casey was drafted by the New Jersey Devils in the second round with the 46th overall pick. The Sting’s 5th round pick in the 2020 OHL Priority Selection has emerged as one of the best offensive defencemen in the United States National Team Development Program (USNTDP) and finished this past season with 46 points through 65 games played in addition to scoring 3 goals and 3 assists for the U.S. in 6 games played at the U18 World Championships.

Congratulations to Sting prospect Seamus Casey on being selected by the New Jersey Devils 46th overall in the #NHLDraft!#DevilsDraft | #NJDevils pic.twitter.com/to2n48VFfq

Forward Nick Moldenhauer was then selected in the third round by the Toronto Maple Leafs at 95th overall. The speedy, hardworking 5’11”, 170-pound forward missed time at the beginning of the 2021-22 season but was a star in his return to the Chicago Steel of the United States Hockey League (USHL) as he tallied 18 goals and 25 assists for a total of 43 points in just 41 games. Moldenhauer, a native of Mississauga, Ontario, was originally selected by the Ottawa 67s with the 20th overall pick in the 2020 OHL Priority Selection but was acquired by the Sting last September.

Congratulation to Sting prospect Nick Moldenhauer on being selected in the third round of the #NHLDraft by the @MapleLeafs!#LeafsForever pic.twitter.com/zdYysVhwv4

With the 131st overall selection in the fifth round of the Draft, the Arizona Coyotes stuck with the common theme of height in their selection this year by adding strong skating, left-shot defenceman Matthew Morden. The 6’5” 203-pound native of Burlington, Ontario amassed 35 points, including 8 goals and 27 assists in 41 games played for St. Andrew’s College in high school hockey.

Congratulations to Sting prospect Matthew Morden on being selected by the @ArizonaCoyotes in the 5th round of the #NHLDraft! pic.twitter.com/Cihgs0POH2

We’re excited to have you, Matthew! 🌵 pic.twitter.com/G8ofUBREQK

“We are thrilled for Casey, Moldenhauer and Morden. All three are players we’ve had significant communication with. We believe that the Sarnia Sting and the Ontario Hockey League is the premiere development league in the world. We will know more about their situations for next season in the coming weeks.” adds Seca on the 2022 Draftees.

The Sarnia Sting eagerly await the beginning of the 2022-23 OHL season, set to kick off on Friday, September 30th when the Sting head to the Kitchener Memorial Auditorium to take on the Rangers at 7:30pm and will be announcing 2022 Training Camp details shortly. 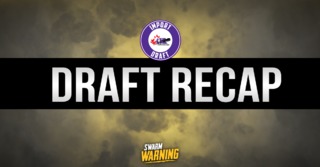