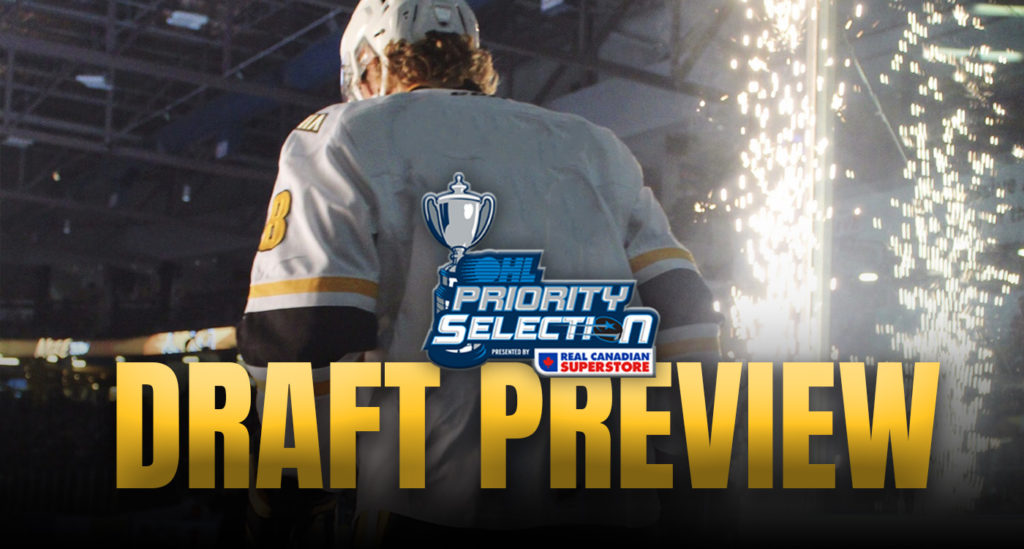 Stay up to date with all Sarnia Sting Draft picks with Sting Draft Central presented by Imperial.

North American players that reside in the province of Ontario, the states of Michigan, Pennsylvania, New York and other designated U.S. states east of the Mississippi River born January 1, 2001 through December 31, 2004 are eligible for selection through the 15 round process this year.

Click here to see features on some of this years top eligible prospects.

The Sting hold a total of 15 picks through the 15 scheduled rounds, kicking things off with the 3rd overall selection. See below for the complete breakdown of 2020 Sting draft selections.

Last year the Sarnia Sting chose Goaltender Benjamin Gaudreau with the seventh overall selection. Ben jumped right into the OHL this season and played 28 games for the team. Ben also finished the season as the top 2003 born goalie with 28 games played, 10 wins, 4.34 goals against average and a .890 save percentage.

Hey, @SarniaPolice we may need to put this kid away! 🚓@BenGaudreau03 with absolute robbery Sunday afternoon!

If you like it spicy, you’ll love the legendary taste of Popeyes chicken. #LoveThatChicken pic.twitter.com/gmzCIqiVTv

The Sting received commitments from 5 of their selections from last years selection, including their first 4 selections. All five players saw at least one game of action during the 2019-20 season. Click here for all 2019 Sarnia Sting draft selections.

You can follow the 2020 OHL Priority selection online at ontariohockeyleague.com with the Live Draft show beginning at 9 AM EST.